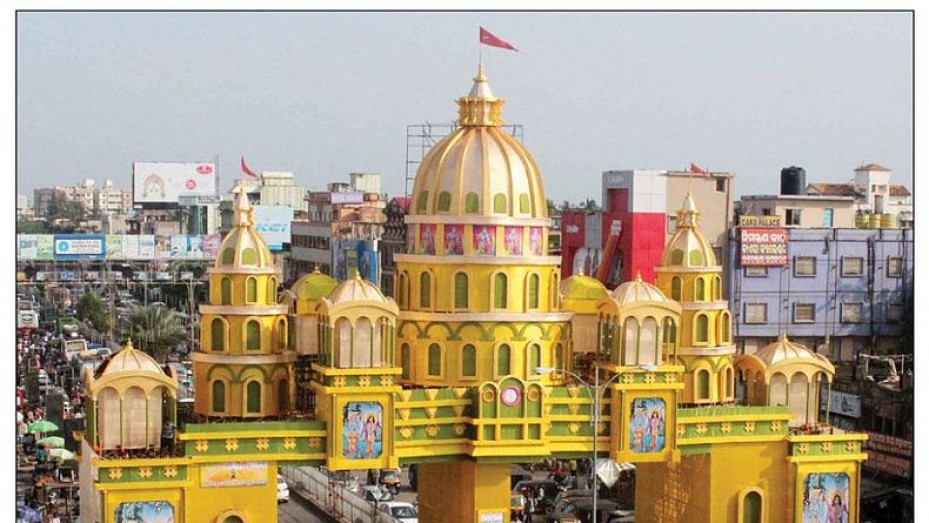 Cuttack, situated at a distance of 28 km from the present capital city of Bhubaneswar, was the original capital city of Odisha (Orissa). It is considered as Odisha’s cultural and commercial capital. Cuttack is one of the largest and oldest cities of the state.

It was known as Abhinaba Baranasi Kataka during the medieval ages. The city enjoys a beautiful location as it is situated on a fertile delta formed by the Mahanadi and Kathjori rivers. Cuttack tourism holds a number of attractions that entice tourists to visit the city. It is a place where tourists can feel the essence of history in the monuments and yet remain in the present time due to the vibrancy of the cultural life.

Tourist Places In And Around Cuttack

Cuttack tourism offers a unique blend of many destinations like pilgrim spots, monuments, temples, forts, hills, etc. Cuttack tourism offers such beauties as Ansupa, a fresh water lake with mesmerising scenic beauty. The splendid Dhabaleswar Beach and the Dhabaleswar Temple are sights to behold. The beauty of the hills of Ratnagiri, Lalitgiri and Udayagiri can cast a spell on anyone.

The Charchika Temple at Banki holds significance for Hindu pilgrims. The Bhattarika Temple, dedicated to Maa Bhattarika, is frequented by pilgrims and tourists alike. Chowdar is famous for the eight Pithas of Lord Shiva. Naraj is well-known as an old centre for the study of Buddhism.

Tourists can visit the Cuttack Chandi Temple which is dedicated to Goddess Chandi. The Satakosia Wildlife Sanctuary offers a varied view of wild animals. The Barabati Stadium attracts sports lovers. One can visit the Freedom Fighter's Memorial and the Netaji Museum to catch a glimpse of our country’s independence.

The charm of Cuttack lies in its celebration of life. All festivals of all religions are celebrated in this city with equal enthusiasm. The cultural life of Cuttack remains vibrant throughout the year due to the celebration of festivals like Dusshera, Ganesh Chaturthi, Kali Puja, Vasant Panchami, Kartikeswar Puja, Christmas, Id, Good Friday, Holi, Diwali, Rath Yatra, etc.

Bali Yatra, the second largest trade festival in Asia is organized in Cuttack every year. It is held in the month of November. The Kite Flying Festival is another added attraction in the cultural calendar of Cuttack tourism. Cuttack is also a shopper’s destination. Visitors can shop for wonderful silk and cotton fabrics in this commercially advanced city.

Cuttack has tropical climate, like most of the other places in Haryana, where the summers are hot and humid and the winters are cold.

Cuttack has a good transport facility and it connects major cities like Kolkata and Chennai through a National Highway.

Cuttack is Famous for

How to Reach Cuttack