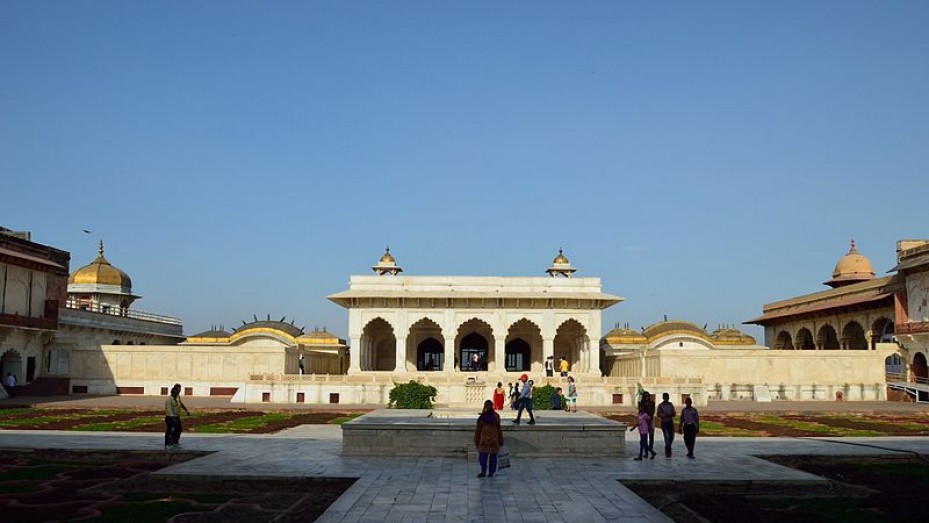 Located within the Agra Fort, Diwan-i-khas like Diwan-i-am was also built by Mughal Emperor Shah Jahan in 1635. Unlike Diwan-i-am that was meant to grant audience to his subjects, the Diwan-i-khas was built to entertain the foreign dignitaries, ambassadors and kings and discuss the matters of state in extreme privacy. Diwan-i-khas was therefore the real hub of power during the Mughal reign.

The terrace in the hall had two grand thrones. The one where the Emperor sat was made with white marble, the other meant for the visiting foreign dignitaries was made of black slate. The magnificent hall, naturally, was decorated with precious stones, gold and silver ornaments that never failed to catch the attention of the visitors.

The ceiling of the hall was made of flat wooden planks which were covered with sheets of gold and silver to give an impression of the brightness of the sun. It could be accessed through gates built with double columns. The interior of the hall had a Persian inscription that compared the hall with the highest heaven and the Emperor as the Sun.