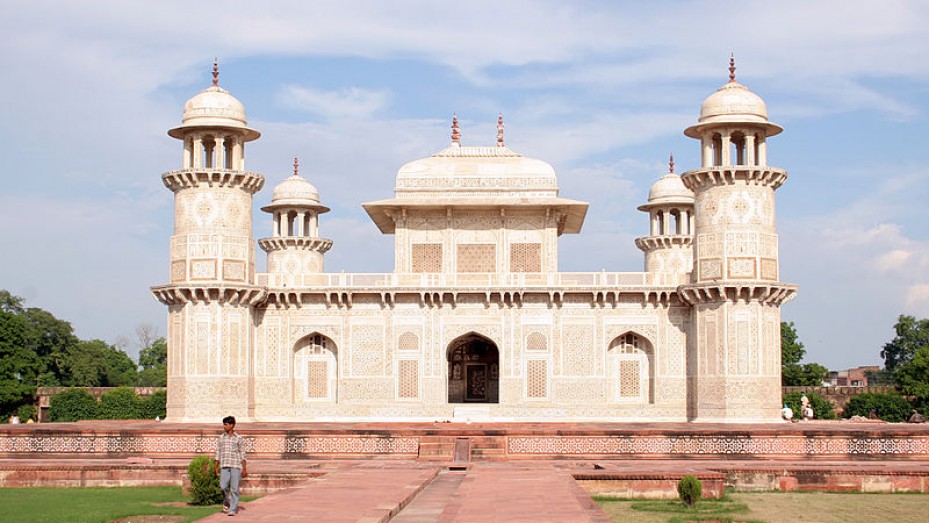 Mughal emperor Jahangir, the son of Akbar the Great, conferred the title of Itimad-ud-Daulah on Mirza Ghiyas Beg, the father of his beloved wife Noor Jahan. But the tomb of Itmad-ud-Daulah along that of his wife Asmat Jahan was built by their daughter Noor Jahan from 1622 to 1628.

The grandeur and magnificence of the mausoleum is admired so much that it is considered a precursor or the draft of the Taj Mahal and therefore, called the Baby Taj or the Jewel Box.

The tomb, sprawling over an area of 23 square metres, is located on the east bank of river Yamuna, just two kilometres away from Ram Bagh Circle on NH-2.

It is built over a red stone plinth that stands amidst the famous Persian Gardens called Char -Bagh. The garden is criss-crossed with a host of shallow water streams built upon paved pathways interspersed with tanks and cascades. They divide the garden into four parts and lend it a unique charm.