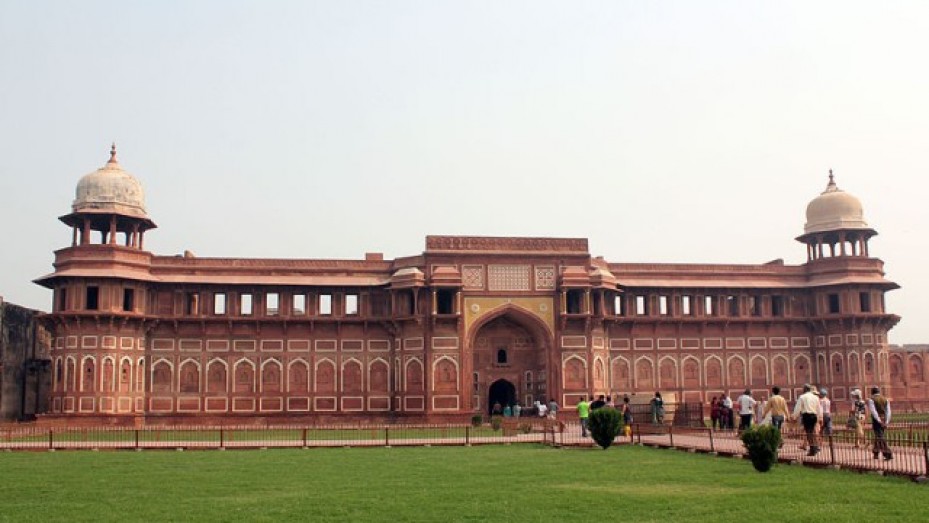 Agra Fort, also sometimes called the Red Fort, is the forerunner of the iconic and emblematic Red Fort of Delhi in respect of architectural style, design and the red colour. Both the buildings are made of red sandstone. This explains why it reminds the tourists of Red Fort of Delhi as soon as they draw closer to it.

It is another World Heritage Site; second in Agra, the first one being the Taj Mahal. Agra Fort was built by Mughal emperor Akbar in 1565. Interestingly enough, there is a tablet at the gate of the Fort which mentions that the fort was originally built even before 1000 AD and it was only renovated by Emperor Akbar.

It was further improved by Shah Jahan who reworked it with marble and pietra dura inlay. The fort is built in the shape of crescent and is located in front of the river Yamuna. It features ramparts interspersed with projections or bastions.