Home » Destinations » Agra» Attractions» The Tomb Of Akbar The Great

The Tomb Of Akbar The Great, Agra 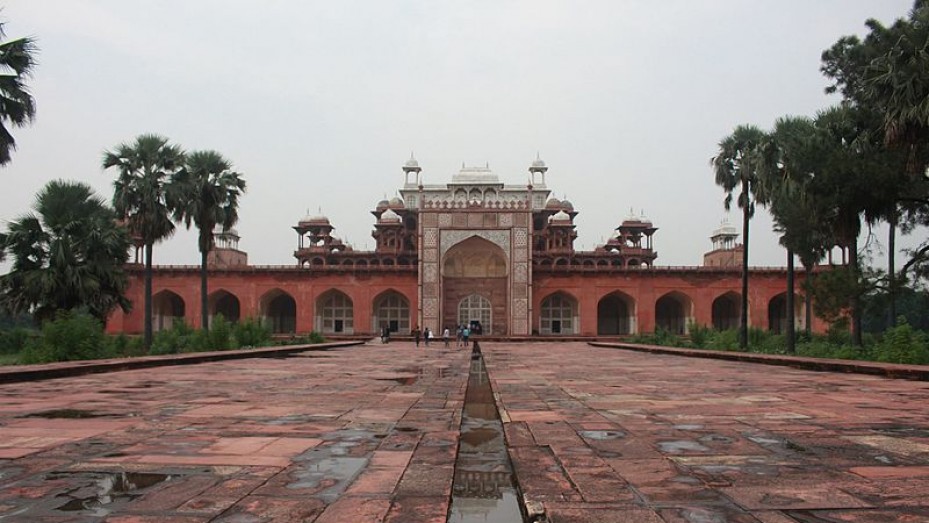 Agra boasts of a host of Mughal architectural masterpieces besides the internationally famous Taj Mahal. One of these is the tomb of Akbar the Great. It sprawls over an area of 119 acres in a place called Sikandra, 10 kilometres from Agra. Its construction, started by Akbar in 1605, was completed by his son Jahangir in 1613 taking a total of 8 years.

The mausoleum is made of marble and red sandstone and is built in a blend of Muslim and Hindu architectural styles. The marble parts are inlaid with carvings and delicate ornaments.

The ground over which the tomb is built has an area of 105 square metres. Its alignment was measured by a compass for accuracy. The tomb stands amidst a classically designed garden and is surrounded by a high wall.

A unique feature of the mausoleum is its gate, called Buland Darwaza or lofty and magnificent gate. A wide pathway starts from the gate and leads to the tomb.

The gate is built on an arch and has four minarets made of marble. Incidentally, the gates attract more admiration from the visitors than the mausoleum.

The Tomb Of Akbar The Great Photos