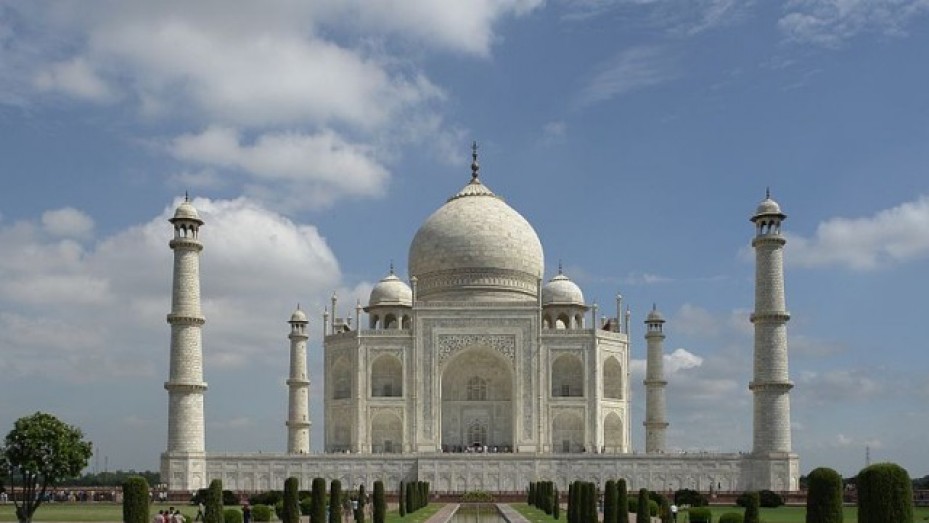 Regarded as one of the Seven Wonders of the World, Taj Mahal was built by Mughal Emperor Shah Jahan in Agra as a mausoleum and a memorial of love for his beautiful wife Mumtaz Mahal. It presents a remarkable example of the fusion of the finest features of the Indian, Persian and Islamic architectural styles.

Starting in 1632, its construction was completed in 21 years by thousands of craftsmen, artisans and masons in 1653. The focal point of attraction in the palatial building is the tomb of his wife. Erected on a square platform, the white marble tomb stands under an arched dome and can be reached through an arched gate.

Taj Mahal is embellished with 40-metres-high symmetrical minarets in the design of the common mosques, where the muezzin gives the call for prayer to the faithful Muslims. Each minaret has three parts and has two balconies.

There is an artistically landscaped 300 metre square charbagh or garden. It is inlaid with raised pathways that divide it into 16 flower beds.