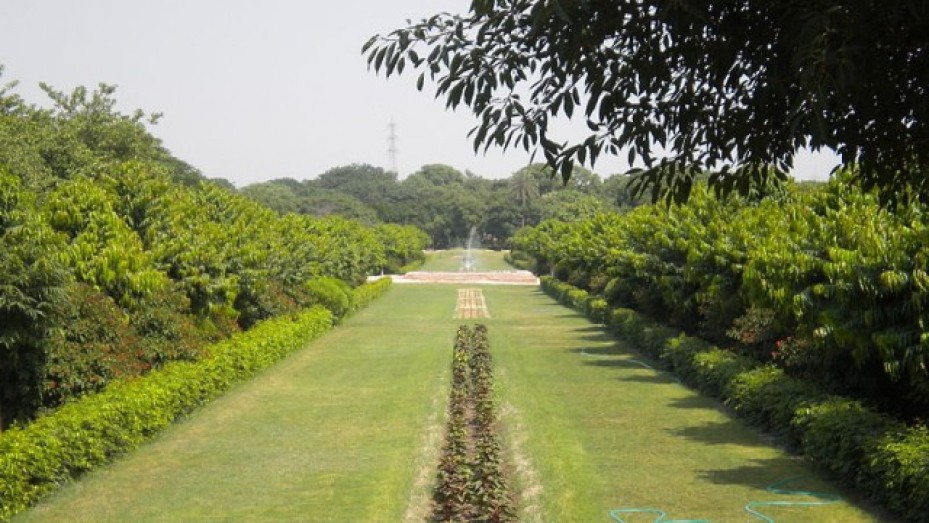 Mehtab Bagh or the garden of the moon light was built between the years 1631 to 1635. The magnificent garden sprawling over an area of 25 acres is situated on the bank of river Yamuna. It is laid in symmetrical alignment with the Taj Mahal because its width is perfectly equal to that of the Taj Mahal.

There is a large octagonal pool in the middle of the garden. It reflects the image of the Taj Mahal so that the visitors can enjoy the site of the great mausoleum while they are in the garden. The water in the pool was brought by a stepped waterfall.

The garden unfortunately remained vulnerable to the floods in the river Yamuna since its inception in the Mughal era. The water has eroded its structure. It, therefore, lies in a ruined state.

Out of the four sandstone towers that stood on its corners, only one has survived the marauding impact of the floods. The foundations of the two structures in the North and South of the pool that probably were garden pavilions are still visible.