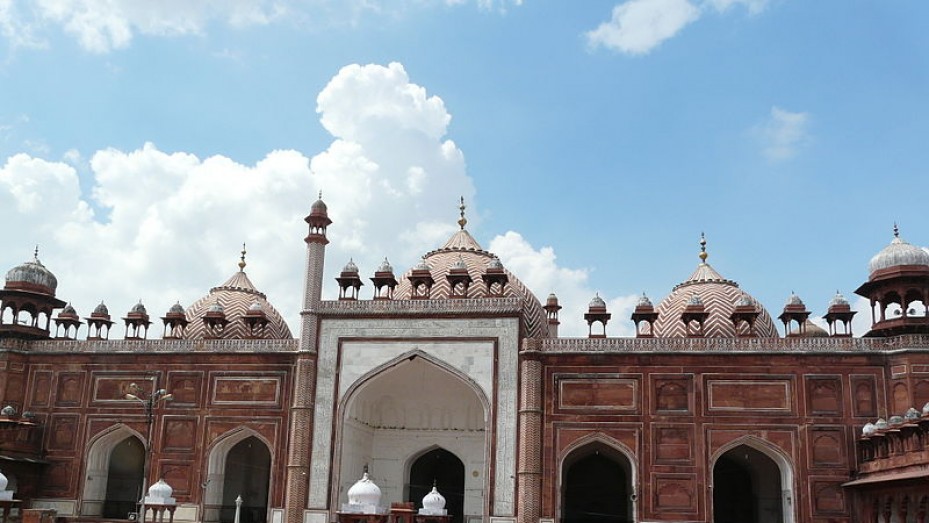 Built by Mughal emperor Shah Jahan in 1648 as a tribute to his favorite daughter Jahanara Begum, Jama Masjid is also popular by the name of Jami Masjid or Friday Mosque.

It is built with red sandstone and decorated with white marble in simple design. The walls and ceilings of the shrine are covered with blue paint. It is one of the largest mosques in India and is situated in the centre of the city opposite to Agra Fort railway station.

The mosque stands upon a high platform and can be entered through five arched gates. It has three large domes made of red sandstone. The walls of the shrine are decorated with inlaid geometric figures in coloured tiles and calligraphic engravings.

The central courtyard of Jama Masjid is so large and capacious that it can accommodate 10,000 devotees for prayer at any time. It also hosts the tomb of the great Sufi saint Sheikh Salim Chisti in its premises.