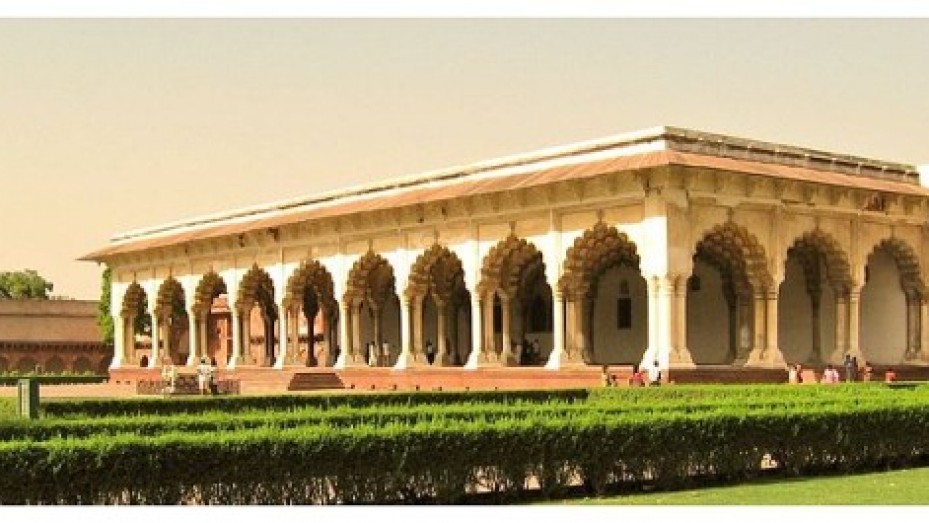 Diwan-i-am or Hall of the Public Audience was built by Mughal Emperor Shah Jahan between 1631-40, for addressing his nobility as well as the general public. It was also used for hearing public grievances.

It is situated in the centre of the Agra Fort close to Nagina Masjid. Built upon 49 carved pillars, the red stone hall is an exquisite example of the Persian and Indian architectural styles perfectly blended into each other.

The hall measuring 201 ft by 67 ft is covered with a flat roof. It is divided into three aisles and has two gateways facing north and east. The outer area of the hall has an arcade with nine big arches. Although built with red stone, it is covered with white shell plaster so that it looks like white marble.

The rectangle shaped ‘jharokha’ type chamber where the emperor sat has three openings and was extensively inlaid with decorative ornaments. It was called 'Takht-i-Murassa' (The Throne Room). The dais where the ministers sat was made of marble and was called Baithak.