Weekend Getaways From Goa Within 200 Km In Karnataka 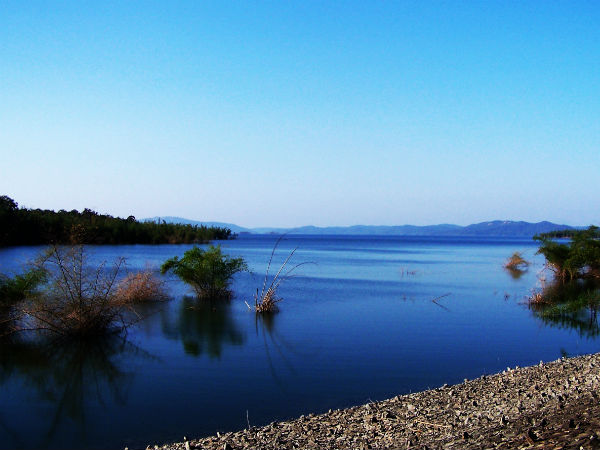 Even though Goa boasts of innumerable places which are no less than heaven, you will still want to get out of its boundaries and explore more beyond its limitations. If you are tired of exploring the beaches of Goa and discovering its ancient monuments, then you must visit these weekend getaways within 200 km from Goa in the state of Karnataka which can definitely compete with the best of beauties in India.

Ranging from unexplored beaches to rich forests and perennial rivers to age-old complexes, the list comprises of everything one would wish for. So, let's learn about these weekend getaways from Goa which are neither too far nor too close, but are definitely breathtaking.

Surrounded by the evergreen forests of the Western Ghats on the eastern side and limited by the waters of the Arabian Sea on the western side, Karwar is one of the most beautiful and picturesque destinations in Karnataka. Being a port town, agriculture and fishing is the primary industry of Karwar.

However, it is popular amongst tourists who come here to enjoy the beauty of the mother earth in an undisturbed environment for its pristine beaches and rich forests. How about taking a stroll on its dazzling beaches and exploring the density of its forests?

Another beautiful town in Karnataka, Gokak is immensely popular for its Gokak Falls which is a beautiful wide water cascade located on Ghataprabha river. Apart from its falls, Gokak is also home to several ancient buildings which date back to the period of the early 19th century. Even though Gokak has become a synonym to Gokak Falls, it is still an offbeat destination for trekkers and campers who love to camp and trek to the peaks of the Western Ghats in its vicinity.

Today, Gokarna is gaining popularity day by day and thereby, increasing tourism on a larger scale. Due to the presence of virgin beaches and an exotic atmosphere, Gokarna has become a sureshot weekend destination for tourists and travellers. Also known as the temple town of Karnataka on account of the presence of several centuries-old temples and religious sites, Gokarna should be on your bucket list if you are looking for weekend getaways from Goa within 200 km.

Read More About The Beaches In Gokarna

Who would not love to savour the beauty of uncrowded beaches amidst the devotional aura of the town? Apart from its unexplored beaches, you can also indulge in some water activities such as boating, fishing, surfing, etc.

Being a fort city, the history of Belgaum dates back to the era of the 13th century. Surviving through wars, battles and sophistication, Belgaum still stands strong with the tales of its existence. How about getting yourself to this historical town and diving into its bygone era?

An Inviting Trip Through Belgaum

From forts to temples, there are numerous places of interest in Belgaum. It is popular amongst tourists for its 13th-century Jain temples which are built amid the greenery of the town. Belgaum is a must-visit place if you always get fascinated by history.

Looking forward to enjoying some time amidst the waters of beautiful rivers flowing through the dense forests? Well, Dandeli is the perfect destination for you in that case. Being located in the richness of the Western Ghats, Dandeli has to be a popular destination due to the presence of rivers and forests, which provide its visitors with several adventurous activities, such as water rafting, swimming and exploring its diverse wildlife. You can also visit several historical temples which are located on the banks of the Kali river.