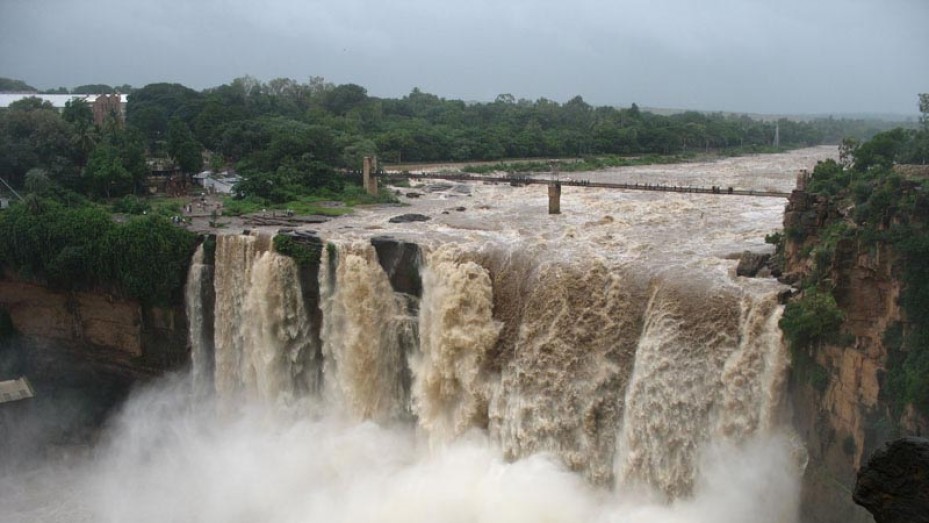 There is a hanging bridge across the river standing 14 m above the rock bed which provides an intact view of the falls. One interesting feature of this place is the monuments from the Chalukya era that are found on either bank of the rocky gorge.

The inscriptions on these date back to the sixth century. Another attraction in this place is the very old river-front temple dedicated to Lord Mahalingeshwara, which has a later Chalukyan style of architecture.