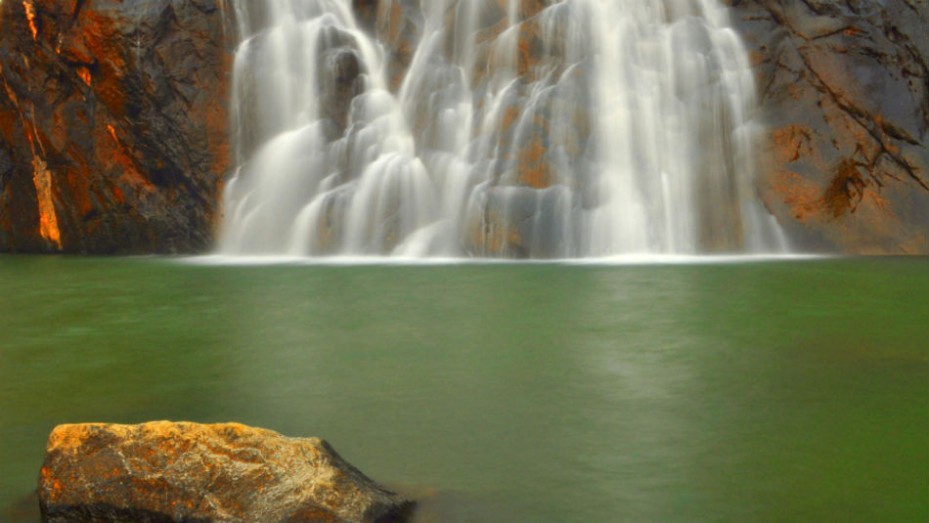 Dudhsagar Falls is a four-tiered magnificent waterfalls located on Mandovi river in the border of Karnataka-Goa. The falls is located in the Bhagwan Mahaveer Sanctuary and Mollem National Park among the Western Ghats. The mesmerising beauty of the falls attracts a large number of tourists nationwide.

Dudhsagar, literally means “a Sea of Milk” in the local Konkani language and gets its name as it appears like an overflowing sea of milk. The waterfalls is at its peak flow during the monsoon.