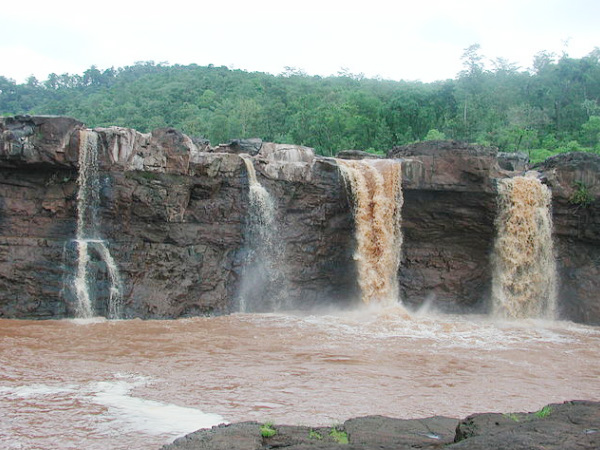 The town of Champaner is said to have been established by King Vanraj Chavda, who named the town after his loyal and most trusted minister, Champaraj. This town in Gujarat is much famed for its many relics that still stand here and gives us an insight into the heritage and culture of the bygone days. Here is a guide to a few weekend getaways around Champaner.

Pavagadh is a small hill next to Champaner and is famous for the Mahakali temple that is situated here. The Mahakali Temple is fortified and existed even before Mahmud Begda captured Champaner and made it a famous, well built city. This temple has stood the test of time and even today attracts lots of pilgrims and tourists.

Situated on the west banks of the Sabarmati river, Gandhinagar is the capital of Gujarat. After the Independence, when the old state of Bombay was divided into Maharashtra and Gujarat, Gandhinagar was selected to be the capital of Gujarat. It is an architecturally well planned city with all sectors, roads, markets and residential areas properly laid out. Travellers coming here can marvel the brilliance of this city and also explore the many attractions that it has to offer.

Situated in the South-West of Gujarat, Surat today is known for its textiles and diamonds. Beneath all this pomp and glitter lies a city of great historical significance and glory. The city is known to hold some attraction for each and every visitor and if that is not all you can head to the secluded beaches here and relax under the sun.

The town of Danta was once a princely state of the Paramara dynasty who were the descendants of the Agnivansha Rajputs. It is situated on the border of Gujarat and Rajasthan and hence sees a mix of both cultures here. There are many ruins and temples in this town that is believed to have been built by the Rajput kings who once ruled here. Though there is not much to explore in this small hamlet, it is filled with many Jain temples and hence has many Jain devotees coming here. There are also few ruins that date back to the Paramara dynasty, and is a hub for archaeologists and historians who come here to learn more about them.

Saputara is a distinctly different place amongst the arid nature of Gujarat. It is on the north-east frontier of Gujarat and the second highest plateau in the Sahydari stretch of the Western Ghats. It is a top tourist place having many water bodies such as brooks, streams and lakes in the region. Saputara has experienced a lot of development as a tourism center with the likes of parks, boat clubs, ropeways and a museum.