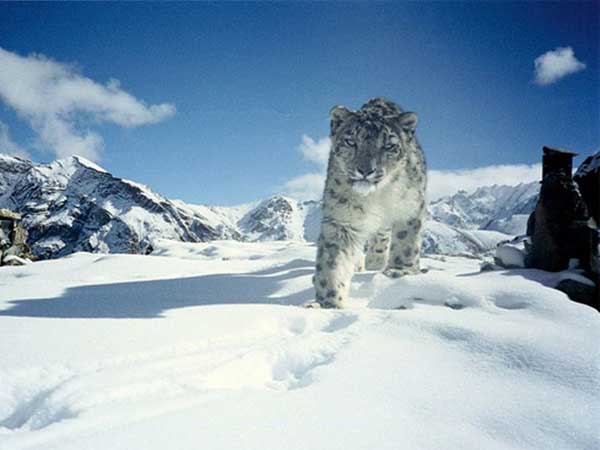 Wildlife in India is one of the popular choices of destinations for photographers, wildlife, and adventure enthusiasts. Luckily for us, India is home to some of the richest biodiverse regions in the world. The Indian Himalayas, the Western Ghats, the Eastern Ghats, etc., all contribute to a major chunk of the untouched and pristine wildlife.

The wildlife not just contributes to the beauty of our planet but also plays a major role in maintaining the ecological balance. Though sadly, each year, due to several human activities, the wildlife is depleting rapidly. However, thankfully, many nations have collectively decided to work towards preserving the precious wildlife.

India has numerous wildlife sanctuaries, biosphere reserves, national parks, conservation areas, reserved and protected areas and forests across its length and breadth. Each of these has a unique landscape and environment, supporting a unique array of flora and fauna, adding to the natural beauty and richness of our country. Several of these destinations are home to some of the most endangered species in the world.

Scroll to check some of the most endangered and rare species of animals and where you can find them in India.

Ladakh means ‘Land of high mountain passes' and truly so this magnificent terrain of the Himalayas is perfect for the Snow Leopards, that are now listed under the most endangered and threatened species in the world. Ladakh still has many unexplored and untouched regions, rocky and mountainous terrains, biting cold - all of which create favourable conditions for this furry big cat.

While Hemis National Park in Ladakh is a guaranteed wildlife destination to spot this elusive animal, a few other places in India where Snow Leopards are found are in Uttarakhand, Himachal Pradesh, Sikkim and Arunachal Pradesh.

Other Places To Visit In Ladakh

Other popular places to visit in Ladakh are Pangong Lake, Nubra Valley, Leh Palace, Khardunga La Pass. Chadar is a unique trek that happens in the winter months where trekkers trek on a frozen Zanskar River. A Snow Leopard Trek, Markha Valley Trek, Stok Kangri, etc., are other popular and adventurous treks that can be done in Ladakh.

With its striking biodiversity, perfect temperature, lush coniferous and bamboo forests, the valleys of Arunachal Pradesh are home to the Red Panda, which is another endangered species in the world. This tiny animal, a smaller cousin of the Giant Panda is extremely attractive with its reddish-brown fur coat and a distinctly long tail.

Other Places To Visit In Arunachal Pradesh

The Western Ghats of India are a UNESCO World Heritage site and one of the eight hottest biodiverse hotspots in the world. The Western Ghats of South India boast of some of the best destinations like Jog Falls, Shola Forests, Kudremukh National Park, Periyar Tiger Reserve and many untouched lands, hidden waterfalls, dense forests, etc., that are rich with unique flora and fauna.

Located in the Nilgiri Hills, the Silent Valley National Park is one such pristine zone with rich wildlife. Silent Valley is located in the Palakkad district of Kerala and is home to the largest population of Lion-Tailed Macaque or Wanderoo, which are rare and threatened species of primates. Apart from Kerala, these rare animals are found in the Western Ghats of Karnataka & Tamil Nadu only.

Other Places To Visit In Kerala

There are so many places to visit in the God's own country. A few of the famous places that can be visited are Thekkady, Muzhappilangad Beach, Fort Kochi, Guruvayur Temple, Kumarakom Bird Sanctuary, Edakkal Caves, Athirapilly Falls, etc.

Home to Mahatma Gandhi - the Father of the Nation, Gujarat is fondly known as the ‘land of legends and lions'. Famous among historians and archeologists, Gujarat has some of the most stunning ancient and historical sites, including that from the Indus Valley Civilization. It is famous for its delicious cuisine, colourful festivals and friendly people.

The Gir Forests in Gujarat, also known as Sasan-Gir, are the only place where Asiatic Lions are found. The forests' dry scrub land and open deciduous is now an extremely important and protected zone, as it remains the sole home to these majestic animals that were once found in Africa, Asia and Greece.

Other Places To Visit In Gujarat

You'll be spoilt for choices with the numerous beaches, temples, and historical sites that Gujarat offers. A few other places of interest that you must visit when in Gujarat are Rann of Kutch, Dwarka, Thol Lake Bird Sanctuary, Marine National Park, Saputara, Dholavira, Porbandar, etc.

‘Heart of India' - Madhya Pradesh is the landmark of the country's ancient past and history. More than 30% of its land mass has thick forest covers, making it extremely favourable for preserving the wildlife. Rich in natural minerals, Madhya Pradesh also has the largest reserves of diamond at Panna. It also has many famous World Heritage Sites and sculpted temples like Khajuraho, Sanchi Stupa, Bhimbetka Rock Shelters, etc.

Bandhavgarh in Madhya Pradesh is one of the most sought-after destinations for every wildlife enthusiast. And why wouldn't it be? After all, with its large biodiversity, Sal forests, hilly slopes and wide valleys, Bandhavgarh is home to the largest number of Tiger population in the country. It is Bandhavgarh where some of the world's famous and the most-photographed Tigers & Tigresses live!

Other Places To Visit In Madhya Pradesh