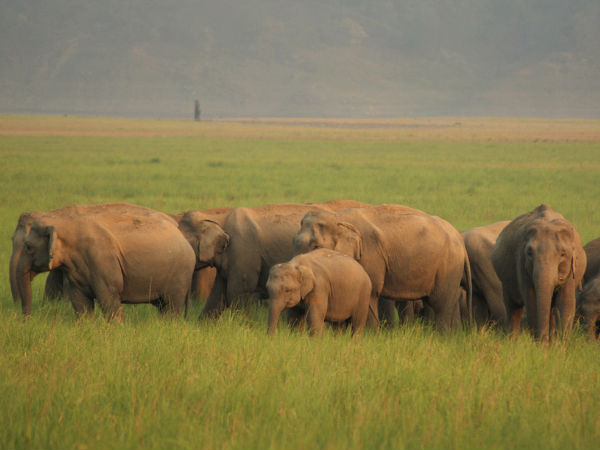 India is rich in natural resources. It has a number of Wildlife Santuaries which are a home for many species of plants and animals.

There are many wildlife sanctuaries in North India. Conserved vegetations like Terai ecosystem, mangrove forests, evergreen forests can be found in parts of North India.

The protected reserves hosts a number of endangered animals. Tiger reserves, Elephant reserves and Asiatic lion reserves are maintained by the government.

Animals in their natural habitat are a treat to watch. These National Parks in North India not only have animals but a rich biodiversity.

Together they provide a lot of scope for tourism, nature enthusiasts, adventure activities and photography.

Here are some of the famous wildlife sanctuaries in North India!

Namdapha Wildlife Sanctuary is the 3rd largest National Park in India. It is a highly protected area situated in Arunachal Pradesh.

Namdapha consists of evergreen rain forests and is one of the richest areas of biodiversity in India.

It is the only National Park to have all the four feline species of big cats: Tiger, Leopard, Snow Leopard and Clouded Leopard.

The diverse vegetation has varieties of endangered flora and fauna. Assamese macaques, Capped langurs, Asiatic black bears, Hoolock gibbons, Hog deer, etc. are the animals which can be found here.

The Dudhwa National Park is located in the Terai of Uttar Pradesh. It one of the few surviving Terai ecosystems.

Earlier, the park was only known for Swamp deer. In 1987, it was declared as a tiger reserve and now consists a number of tigers.

The forest mainly consists of Sal trees, Asna, Jamun, Gular and bahera. This Swamp forest with semi-evergreen trees is literally a heaven to visit.

Corbett Wildlife Sanctuary is an ecotourism destination located in Nainital. This decidious forest mainly has Sal, Peepal Haldu and Mango trees. Grasslands, river belts, moist lands of the park has a diverse wildlife.

It is popular spot for tourism and photography from ages. Dhikala, Jeep Safari, Kalagarh Dam, Corbett Falls, Garjiya Devi Temple are some of the attractions around.

The Sariska Tiger Reserve is a wildlife sanctuary in Rajasthan, North India. A forest with rocky landscapes, dry decidious forests, Scrub-thorns supports a number of wildlife.

The wildlife sanctuary also has some rare bird species: grey partridge, White-throated kingfisher, Treepie, Crested serpent eagle, and so on.

The Kaziranga National Park is a World Heritage Site in Assam. It is a home of two-third's of the world's great one-horned rhinoceros.

Kaziranga has the highest density of tigers among conserved areas in the world. Also a breeding ground for elephants, water-wild buffalo and swamp deer.

The park is comprised of marshland, dense tropical moist broad leaf forests and tall elephant grass. And the 4 major rivers of India, including Brahmaputra, flows through this reserve forest.

The Sundarbans is a biosphere reserve and a tiger reserve in West Bengal.

The National Park is part of the Sundarbans on the Ganges Delta and the Sundarban Reserve Forest in Bangladesh.

It is one of the largest reserves of the Bengal tiger and a declared core area. The delta has one of the surviving Mangrove forests in India.

Manas Wildlife Sanctuary is a World Heritage Site in Assam. It is known for the elephant reserve, tiger reserve and also its biosphere reserve.

The forest has some endangered species: Assam Roofed Turtle, Hispid Hare, Pygmy Hog. It is also famous for the Wild-water buffalo.

The Gir Forest National Park is located in Gujarat. It is the only home for Asiatic Lions and is one of the most protected areas in Asia.

Gir forest was a hunting grounds of the Nawabs of Junagadh. Due to the drop of lion population, Nawab Sir Muhammad Rasul Khanji Babi declared it as a protected area.

The Gir National Park is also a popular tourist spot in Gujarat.

The Ranthambore National Park is one of the largest National parks in North India. It is located in Rajasthan and has a wide variety of animals.

It is named after Ramthambore fortress which is inside the park. Known for its jungle habitat, it has many animals like Southern plains gray langur, Rhesus macaque , chital, tigers and leopards.

Ranthambore is a famous tourist place in Rajasthan.

Neora Valley is a richest biological zone situated in Darjeeling. The forest is very dense and pristine, it is known for adventure activites.

The Neora Valley National Park hosts the endangered animals such as Clouded leopard, Red panda and Musk deer. And also a home for a number of bird species and animal species.