Nativeplanet
»
Travel guide
»India's Renamed Cities – The Old, The New and The Constant!

India's Renamed Cities – The Old, The New and The Constant! 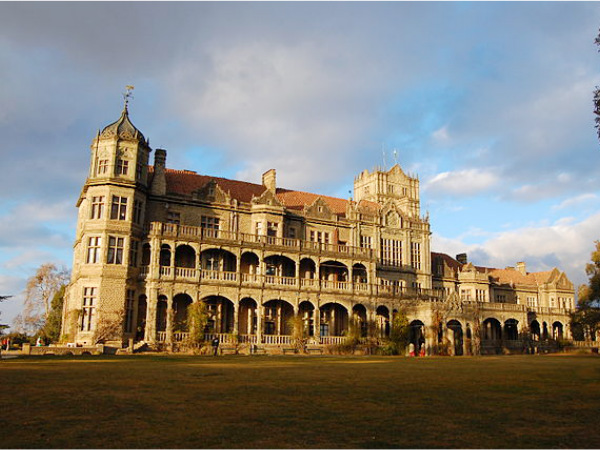 'What's in a name?' a famous quote by William Shakespeare in his play Romeo and Juliet makes us wonder how we tend to look at things and people. We have all had friends who have changed their names, making it hard for us to call them by their new names as their older ones remain etched in our memory. If you thought that people changing names were bad enough, then it gets worse as there are many cities in India that are known to have changed their names over the many years.

Usually these names have been changed keeping in mind the local dialect of the people staying there and also to remove the anglicised versions of the original name as given by the British. Here is a look at the seven capital cities of various Indian states that have changed their names. So much has changed, but the unique charm that has been driving us to visit these cities remain just the same, what do you think?

So maybe it's true; 'What's in a name? that which we call a rose
By any other name would smell as sweet'

Click Here to avail 50% OFF on Hotels and Flights Deal.

Thiruananthapuram, the capital city of 'God's Own Country' Kerala was previous known as Trivandrum, a name given by the British. However in the year 1991 it was officially reverted back to its old name by the government. This bubbling city is a major tourist hotspot and travellers queuing up here get to explore the charm of the old city along with the many new attractions that have sprouted here. You can head to the Shri Padmanabha Swamy Temple, dedicated to Lord Vishnu that is also the place that lends its name to this city. You can also head to the Akkulam Lake where you can relax amidst the beauty of nature or indulge in swimming and other water sports.

Mumbai or Bombay as it was called during the British era is the city of dreams and has always been looked up at for its sense of fashion and vibrant lifestyle. Being the home of Bollywood and home to some very famous movie stars, this city is a dream destination to various travellers who secretly wish that they get to see their favourite stars up close. The city changed its name from Bombay to Mumbai in the year 1996, after the people residing here felt that the old name lacked Indian flavour. Even today, it is at times referred to as Bombay. There is much to see in this city and travellers coming here are often heard saying that they just could not get enough of this city. Places like the Gateway of India and the Taj Palace Hotel gives an insight into its historic past and splendour whereas places like Essel World Water Kingdom and Film City attracts the younger generations who hunt for adventure.

Chennai, erstwhile Madras, is the capital of Tamil Nadu. The city is a major metropolitan as well as cosmopolitan that is situated in the Coromandel Coast and is one of the most important cities in south India as well as in the country in terms of commerce, culture, education as well as economics. In fact, Chennai is popularly known as the Cultural Capital of South India. While there are many monuments and temples that showcases its old world charm, there are also many new attractions that attracts tourists here. On that note don't miss out on visiting the lighthouse on Marina Beach, the only in the country and among the few in the world to have a lift!

Kolkata, the capital of West Bengal has been the cultural centre of India since the British era. Infact the British had made the city the capital when they first came to India. Known as Calcutta back then, this city has seen a lot of growth and change with the passage of time. The one thing though that it retains is its love for arts and music. Even during the British rule the city was a hub for musicians and artists who performed at the various theatres here and even today you can see this being carried forward. Travellers coming here can relive the history of the past as well as enjoy the many attractions that it has to offer.

Panaji is the capital of Goa known for its various Portuguese architecture. It was named Panjim by the Portuguese and sees many churches built during their reign. After the Portuguese left, the locals renamed it as Panaji and have retained a lot of the Portuguese culture. Travellers coming to this beautiful city feel as if they have walked into a completely different country as the architecture here varies a lot from those of other Indian towns. It is a perfect place to enjoy the history as well as the sun and sand.

Shimla, the capital of Himachal Pradesh, used to be the summer capital of the British during their rule and was known as Simla. The hill station derived from the name of Goddess Shyamala Devi, who is said to be a reincarnation of Goddess Kali. Shimla adopted its Indian spelling right afterIndependence in 1947. There are many monuments here that were built by the British as their summer residence and travellers coming here can explore them. Also, you can roam the streets of Shimla that is known for its many markets, and where you can do loads of shopping.

Bengaluru, the capital of Karnataka was the capital of various kingdoms that once ruled over the region. Travellers coming to the city can marvel at the many monuments that stand here and give an insight into its colourful past. Today, with its bustling malls, ever packed roads and high rise buildings, this city provides a new face to contemporary India, one that the younger generations can easily relate to. A major IT hub, this city is throbbing with youngsters who come here to make their careers as well as enjoy the many attractions that it has to offer. It was previously known as Bangalore and even today is famous by that name.