Nativeplanet
»
Travel guide
»Travel to the Volcanic Town of Narnaul

Travel to the Volcanic Town of Narnaul 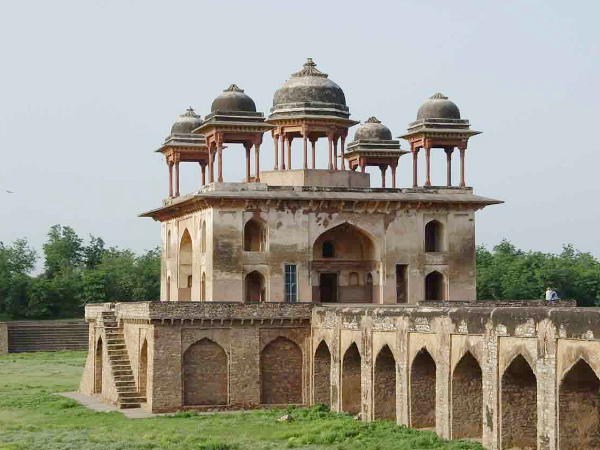 Narnaul is a historic town which is located in Mahendergarh district of Haryana. The town finds mention in the Mahabharata and is also believed to have been the birthplace of Birbal. Sher Shah Suri, who shook the foundation of the Mughal dynasty is also said to have been born here.

Its historical and mythological roots apart, Narnaul is also famous as the place where the famous Chyawanprash, an Ayurvedic blend of many herbs was first produced. Here is a guide to this legendary town.

Dhosi Hill which is located about 5 kms from Narnaul is actually an extinct volcano and even today lava can be found here. There is however another reason for its claim to fame and that is the ashram of Chayvan Rishi. It is believed that it was here that the herbal preparation of 'Chyawanprash' was first prepared.

Besides, the hill is also home to a beautiful water reservoir. It finds mention in several sacred texts of the Hindus such as Brahamanas, Mahabharata and Puranas. Travellers coming here can explore the hill and also enjoy the scenic beauty of the place.

The Chamunda Devi Mandir is believed to have been built by Raja Naun Karan, the ruler of the area who was a great devotee of Goddess Chamunda. Constructed at the bottom of a hill, the temple is located at the heart of the city.

Years later, the area came under the control of the Mughal rulers who built a mosque here. Post-independence, the people dug up the area and the temple came to light, though in a dilapidated condition. Today, it is the most visited temple of the town and attracts devotees from far and wide who came here to have their wishes fulfilled.

As the name suggests, Jal Mahal is a palace surrounded by water. Constructed by Shah Quli Khan who was the ruler of Narnaul and an officer in Akbar's court , in 1591, the monuments represent a stunning blend of Persian and Indian architecture. It stands in the middle of a water tank which at present is dry.

Four minarets surround the main building, and they all have stairs leading to the top. The lower chambers have disintegrated and no trace of them can be found. The interior is mainly decorated in golden colour and has paintings, designs and geometric patterns on the walls and ceiling. The Jal Mahal is a historic building which is now under the supervision of the Government of Haryana, who have taken the initiative to repair it.

This tomb, which seems more like a mosque, is dedicated to saint Hazarat Turkman, who is believed to have lived here in the 12th century. A dome built outside covers the original tomb and years later, a verandah was added here. The Mughal period also witnessed further additions to the tomb. The monument attracts devotees from all religions who come here to pray for the fulfilment of their desires.

How to Reach Narnaul

By Air: The nearest airport is New Delhi airport which is situated about 132 km from the town. It is well connected with all the major cities of India.

By Train: Narnaul has its own railway station. It is well connected by trains from Delhi, Mumbai, Chandigarh and Udaipur.

By Road: Narnaul is well connected with the rest of the state by buses. There are also private buses that ply to and fro from Delhi.

Comments
Read more about: narnaul haryana
Other articles published on Jan 22, 2015
We use cookies to ensure that we give you the best experience on our website. This includes cookies from third party social media websites and ad networks. Such third party cookies may track your use on Nativeplanet sites for better rendering. Our partners use cookies to ensure we show you advertising that is relevant to you. If you continue without changing your settings, we'll assume that you are happy to receive all cookies on Nativeplanet website. However, you can change your cookie settings at any time. Learn more
Change Settings Continue