Haryana – The Land Of Mahabharata 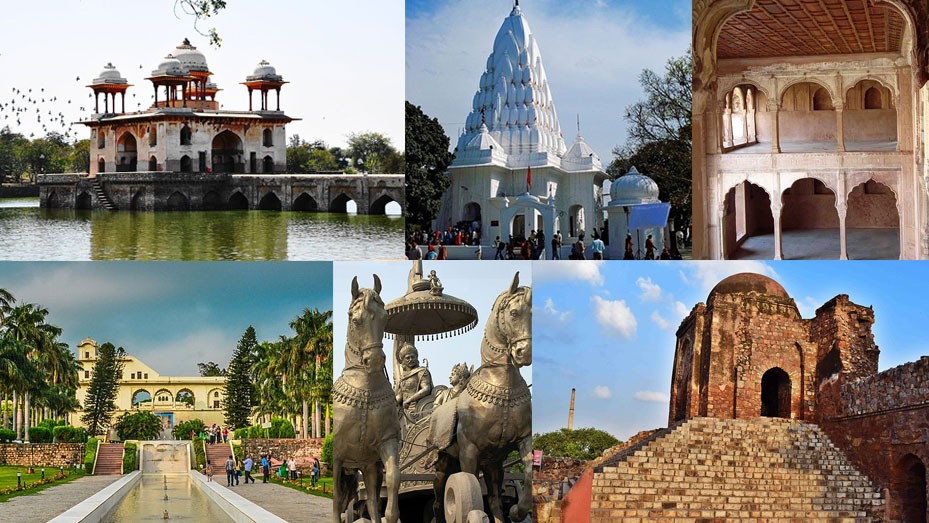 Haryana is one of the fastest growing states in India. It is bordered by Uttar Pradesh in the East, Punjab in the West, Rajasthan in the South and Himachal Pradesh in the East. The state is also close to Delhi, the capital city of India and marks Delhi's western, northern and southern borders. However, the state came into existence on November 1st 1966 when it was carved out of Punjab.

Just a few minutes' drive from Delhi, Haryana is one state that offers picturesque views and distinct locations of tourist potential. Kurukshetra, where the epic war in Mahabharata was fought, is in this state. Another must-visit attraction of the state is the Badkhal Lake in Faridabad.

The Star Monument near Bhiwani is also a popular attraction that has attracted tourists from around the world. Haryana Tourism has it all, be it temples and forts or lakes and parks.

People and Culture of Haryana

Haryana is a state that boasts of a rich cultural heritage. The history of the state backs to the Vedic period and is mentioned in Hindu mythology too. It is here that Lord Brahma performed his sacrifices and then created the universe.

There is a lot more to add to the glorious heritage of Haryana. This was the land chosen by Ved Vyas to write the epic Mahabharata. The people here still hug their traditions and yoga, meditation and the chanting of mantras are still being followed in the state.

Being the gateway to the Northern part of India, Haryana has witnessed a lot of major wars right from the ancient period. Fearless are the natives of the state who have come up fighting for their rights and values.

Fairs and Festivals of Haryana

Since Haryana was earlier a part of Punjab, the culture of both the states are similar. The major languages spoke in the state are Haryanvi, Hindi, Punjabi, Urdu and English. The state celebrates all the major festivals of the country with grandeur.

Gangore, Baisakhi, Gugga Naumi, Surajkund Craft and Kartik Fair are a few other festivals held in Haryana. Haryana Day is celebrated on September 1st of every year as it was the day when the Haryana Tourism Corporation was established.

Haryana – The Land of Rotis

The cuisine of Haryana is as simple as the culture of the land itself. The people here can't resist the hot steaming rotis that are nutritious and delicious as well. Since the state produces a lot of milk, the delicacies here mostly contain milk and milk products.

Haryanvis are those who enjoy simple and nutritional food when compared to the junk food that the metro cities are stuffed with. Some of the common delicacies of the state are lassi, Kachri ki Sabzi, Mixed Dal and Methi Ghajjar.

Haryana is well connected to all the major cities of the nation by air, rail and road. To reach Haryana is easy for the travellers as it is quite close to the capital city, Delhi.

Haryana enjoys a continental climate most of the year. The summers here are extremely hot and has chilling winters. Except for the districts of Karnal and Ambala, Haryana does not receive a great amount of rain in monsoon. The least rainfall is recorded in the districts of Mahendragarh and Hissar.