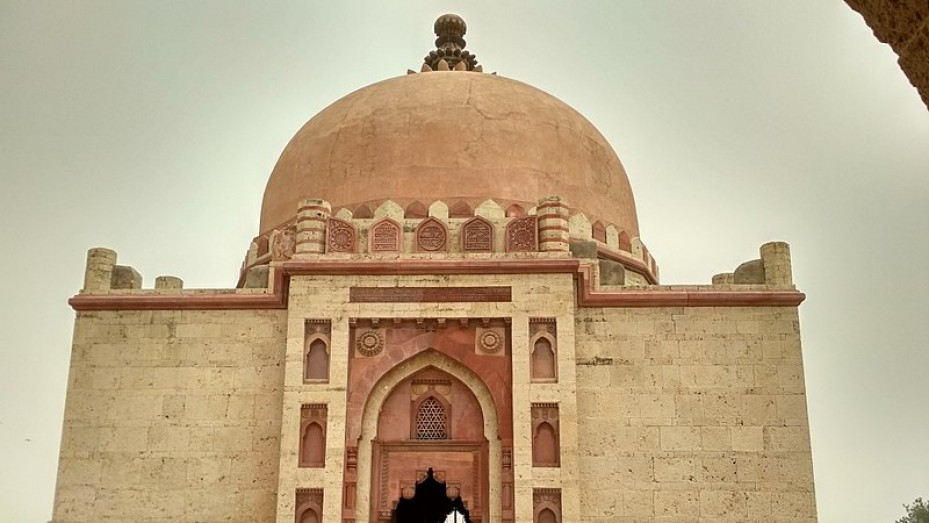 Khwaja Khizr was a Sufi saint who lived during the reign of Ibrahim Lodhi. A tomb was built during the period 1522-1524 A.D to preserve his mortal remains after his death. The inscription on the tomb indicates that he was the son of Darya Khan Sarwani.

The tomb of Khwaja Khizr is one of the few monuments built with kankar blocks and red sandstone. It is erected over an elevated platform and has been strengthened with square extensions over the corners. The tomb can be reached by a flight of steps that end up to the gateway which comprises two arched openings at the end of the central passage.

Its exterior is embellished with lotus medallions, floral designs and arched recesses. The ceiling of the mosque is decorated with floral designs bearing a variety of colours including yellow, green and red which together create an enchanting complex of hues.

The cenotaph or the burial chamber of the tomb is ringed by a semi-circular dome built upon low drums and topped by a canopy standing on an inverted lotus flower. The tomb is ringed by four acres of lush green gardens. It has been declared as a protected monument by the Archaeological Survey of India (ASI).