The Unique Offerings of Ahmednagar, Maharashtra 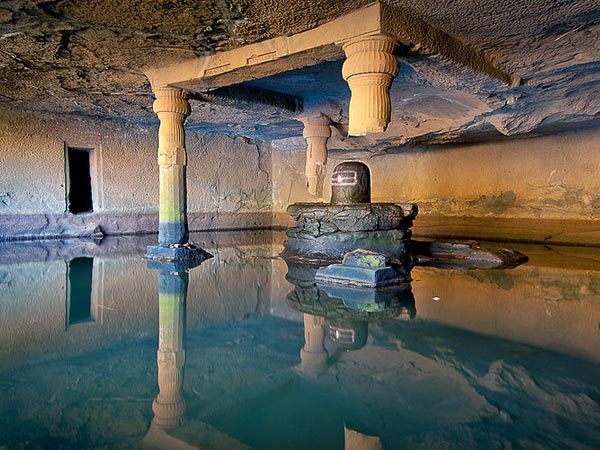 Ahmednagar in the state of Maharashtra is a rather interesting place to visit. Situated along the western banks of river Sina, the city was first founded by Ahmad Nizam Shah in the year 1490. The evidence of the Nizam Sahi rule is still evident in the many historical monuments that are scattered around the city. As with many other travel destinations in India, Ahmednagar also has its share of temples; the uniqueness of these temples however lie in their age.

A trip to Ahmednagar situated at a distance of nearly 120 km from the other two popular cities of Maharashtra; Pune and Aurangabad can be an enriching one. Historical monuments such as forts, tombs, palaces and popular temple destinations such as the nearby Shiridi can make for an eventful journey. Here are some of the popular places to visit in Ahmednagar.

Among the places to visit near Ahmednagar is the very interesting Amruteshvar Temple, located in Bhandardara. Though the architecture of this small temple is worth observing, what truly is unique is the story behind its construction. It is believed that the Pandava brothers built the temple in parts, working only during the nights on their exile. Dedicated to the worship of the Hindu god Shiva the temple has many intricate carvings. The peaceful temple surroundings also offer views of the surrounding hills that is also the home to Ratangad fort.

Once considered the second most impregnable fort in India, the Ahmednagar Fort has truly stood the test of time and is one of the popular places to visit in Ahmednagar. Built by the first sultan of the Nizam Shahi dynasty, the fort passed hand from the original rulers to the Mughals, Marathas and even the British. In fact, it was here that Pandit Jawaharlal Nehru was imprisoned during the freedom struggle and it during this time that he wrote the famous book Discovering India. Today the aging walls of the forts tell many stories for travellers that care to listen.

The city of Ahmednagar does not fail to surprise you with its many unique offerings, such as a place you must visit, the Cavalry Tank Museum. It is the only one of its kind in Asia and showcases vintage vehicles that were used in war. Among the interesting exhibits of over 50 armored vehicles is the oldest of them, the Ghost Rolls Royce. A small entry fee of Rs.10 can open the doors of vintage wonders to you. The timings are between 9:00 am to 5:00 pm.

A trip to Ahmednagar is incomplete without visiting the renowned place of Sai, the town of Shirdi. The town is a popular pilgrimage centre for people from all over the world who come to pray to Lord Sai Baba. A popular saint and spiritual guide, Sai Baba combined the best of all religions including Hinduism and Islam in his teaching. A scant regard for material possessions and commitment to self-realisation was his way of life. He is worshipped by people from all religions seeking happiness and peace. Shirdi is located 86 km from Ahmednagar city.

The tourist places in Ahmednagar include the nearby village of Shani Shingnapur or Sonai. It is a rather unique place to visit near Ahmednagar for multiple reasons; the interesting Shani temple where the idol is considered to have evolved by itself and been in the area from time immemorial. The idol here is considered so powerful that the village boldly has no window and door protection to keep out outsiders or prevent theft. The belief is that Lord Shani will punish wrong deeds, and this is a curse you don't want from the Lord Shani, who is considered to control the unpleasant events of people's lives.

Among the sightseeing places in Ahmednagar is the ancient hill fort of Harishchandragad. Speculated to have its early origins in the 6th century, the caves are said to have been created later in the 11th century. Various ancient scriptures such as the Puranas also make references to the Harishchandragad fort.

This place is a must-visit destination in Ahmednagar for the interesting story behind it. The Kedareshwar Cave can be found en-route to the Harishchndragad fort. The large cave has a big Shivalinga that is completely surrounded by water that is as deep as 5 ft. The Shivlinga is surrounded by the four pillars out of which only one remain today. The story goes that each of the pillars represented a 'yuga' and when the fourth pillar breaks the current world as we know it will come to an end! If you find that fascinating then here is more; the water found in the temple seeps in from its walls; however this takes place all year except for monsoon months, ironically the monsoon months finds the cave dry!

The monsoon season and immediately after is a great time to visit this popular tourist place in Ahmednagar. The lake itself is large, and the surrounding vistas make it even more enjoyable with waterfalls and mountains in the vicinity. The ideal time to visit the place is between August-September when the dam is open, and the waterfalls such as the Umbrella Falls is in full glory.

A popular monument in Ahmednagar is the Tomb of Salabat Khan II, which is mistakenly also called the Chand Bibi Palace. The three storey structure located atop the hill at an elevation of 800 ft above the city offers panoramic views. The shape is octagon and has angular holes that allow natural light to stream in.

There are plenty of good restaurants serving both local and other cuisines. If you are travelling by road also try the dhabas along the way to Ahmednagar. Shopping in Ahmednagar is mostly street-shopping.

For the best hotel deals in Ahmednagar , click here.

How to Reach Ahmednagar

By Rail: Ahmednagar Railway Junction has limited connectivity by direct trains to cities such as Delhi. However, connecting trains are available at regular intervals to most major destinations in the country.

By Air: The nearest major airport is Pune International Airport located at a distance of 121 km from Ahmednagar.

Comments
Read more about: ahmednagar maharashtra monuments
Other articles published on Aug 27, 2014
We use cookies to ensure that we give you the best experience on our website. This includes cookies from third party social media websites and ad networks. Such third party cookies may track your use on Nativeplanet sites for better rendering. Our partners use cookies to ensure we show you advertising that is relevant to you. If you continue without changing your settings, we'll assume that you are happy to receive all cookies on Nativeplanet website. However, you can change your cookie settings at any time. Learn more
Change Settings Continue