Indian Union Territories And Their Specialities 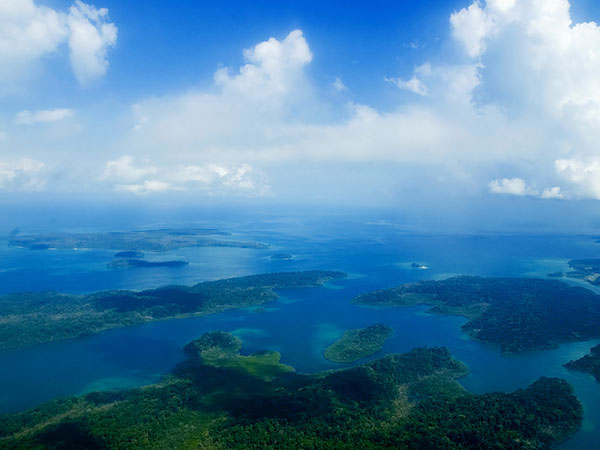 India is the country where each and every place seems to recite a tale of its history, freedom and existence. There are innumerable delightful places, few set atop hills, few under the canopy of dense forests and few nestled over the beautiful plains.

With 29 states and 7 union territories, India is the largest of all countries in terms of rich biodiversity, culture and unforgettable history. Each state and union territory of this wonderful country has its own and unique lifestyle and past, and they all are special for some reason. If you are looking to find out about the specialty of every union territory, then read on.

Here, we list down the different Indian union territories and their specialties.

The official capital of India, Delhi is one of the oldest, still-inhabited cities in India. Home to numerous billionaires and the largest metro, Delhi stands as one of the most sought-after cities in the world despite having pollution issues. The fact that it is the most significant place of India on account of its historical, cultural and political significance cannot be debunked.

Also known as Pondy, this beautiful union territory is no more a hidden place. This charming and tiny place has assuredly marked its presence on the world map. Famous for serene beaches and Franco-Tamil architecture, Puducherry is one of the most famous and extremely visited destinations throughout the year.

The tranquil surroundings and pristine atmosphere get this place on the bucket list of travellers every year. The major destinations are Promenade Beach, Paradise Beach, Aurobindo Ashram, Auroville and certain historical monuments, such as French War Memorial, Gandhi Statue, etc.

A group of about 39 islands, Lakshadweep is the dream destination for every nature lover and adventure seeker. From breathtaking landscapes to virgin islands, these islands have everything that an ideal natural place boasts of.

With Kavaratti as the capital, these islands have a land area of 32 sq km and are also famous for the coral reefs and atolls. The major places which provoke the feeling of divinity in the visitors are Kadmat Island, Kavaratti Island, Bangaram Atoll and several other islands.

Located in the Indian Ocean, this group of islands has become an ultimate destination for the travellers seeking adventure. From safe islands to many dangerous places, Andaman and Nicobar Islands have in store a lot to explore.

With tropical rainforests and numerous spectacular beaches, these islands are full of scenic beauty and never fail to surprise its visitors. The major attractions and tourist destinations on these islands include Cellular Jail, Havelock Island, Neil Island, Rangat, The Great Nicobar Island, etc.

On the western coast of India is located this beautiful union territory of Daman and Diu, which is still one of the least explored places in India. Here, the incredible landscapes and the man-made beauty is still seeking visitors amid the Portuguese culture and the travellers find themselves walking on the pristine lanes.

This splendid beauty comes under the same category as that of Daman and Diu. One of the least-visited union territories and places in India, this unexplored land is situated between Maharashtra and Gujarat.

One of the well-organised and maintained cities of India, Chandigarh is growing exponentially day by day. The standard and the lifestyle have certainly raised over a period of time in this clean and green city. The only capital to both Haryana and Punjab, Chandigarh is famous for its gardens, especially the Rock Garden.

Located in the foothills of Himalayas, this glamorous and elegant place is full of surprises and definitely deserves a visit. The major places of attraction include Rock Garden, Pinjore Gardens, International Dolls Museum, Terraced Garden, Chattbir Zoo, etc.

Comments
Read more about: india travel vacation adventure beaches gardens temples
Other articles published on Jan 11, 2018
We use cookies to ensure that we give you the best experience on our website. This includes cookies from third party social media websites and ad networks. Such third party cookies may track your use on Nativeplanet sites for better rendering. Our partners use cookies to ensure we show you advertising that is relevant to you. If you continue without changing your settings, we'll assume that you are happy to receive all cookies on Nativeplanet website. However, you can change your cookie settings at any time. Learn more
Change Settings Continue