Nativeplanet
»
Travel guide
»Best Places To Visit When In Nagpur

Best Places To Visit When In Nagpur 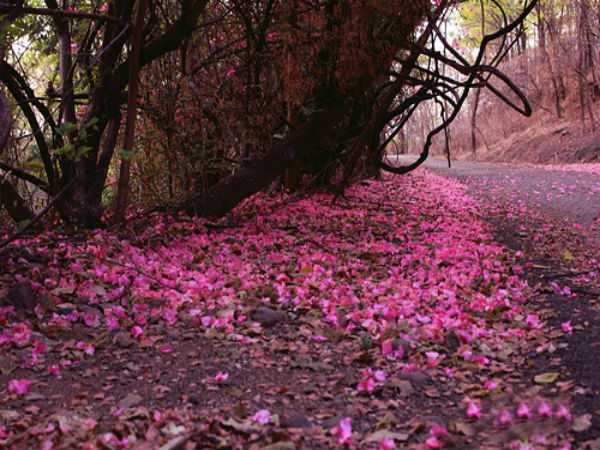 Nagpur is considered as the winter capital of Maharashtra; the city is the third largest apart from Mumbai and Pune. Nagpur was earlier known as Fanindrapura which in translation means "the hood of a cobra". The city was developed by a leader who belonged to the Gond dynasty named Bakht Buland Shah in the first half of the 18th century.

The first trace of human settlement in the city dates back to 8th century BCE. Menhir burial sites found at Drugdhama provide evidence to the presence of the megalithic culture in the place, which, interestingly, is seen in the present day Nagpur.

Nagpur is associated Ramayana; the place is located in the region of Vidarbha Janapada, which is believed to have been part of the forest, Dandakaranya, where Rama along with Sita and Lakshmana spent 13 years in exile. Nagpur was ruled by various dynasties, starting from Mauryan, Shunga and Satavahanas-the place indeed has plenty of historic importance which one must discover.

Nagpur is home to a number of lakes which are found in and around the city. Amongst the many, Ambazari stands apart due to its arresting beauty and because of its size; it is considered as the largest in the city. Located on the south-west side of the city, it is paradise for every nature lover.

Spread across 15 km, the lake is home to a wide variety of flora and fauna. The lake is maintained by the city's municipal corporation which offers boating facilities to visitors who would love to establish a strong bond with Mother Nature. Located close to the lake is a beautiful garden which is spread across 20 acres of land and was developed in the year 1958, which attracts children in large numbers.

Located at the heart of the city is the astounding Sitabuldi Fort. The twin hill of Sitabuldi protectively houses the magnificent fort and gives its name to the structure. The fort was established in the year 1857 by a British officer, who decided to build a fort as a tribute to the soldiers who were killed during the Third Anglo-Maratha War-also known as the Battle of Sitabuldi.

Inside the fort, one would come across a number of graves of martyrs. The fort also served as prison in which Gandhi was held captive during the freedom movement. At present the fort is protected by the Indian Army.

The place gets its name from the seminary of St. Charles and is one of the places from where one would get breathtaking views of the entire city. The Japanese garden at the foot of the hill is one of the major attractions here apart from its beautiful views. The locality is home to a number of well-known educational institutes apart from the Grotto of Our lady on the plains.

The Telankhedi Hanuman Temple and Satpura Botanical Gardens are two other attractions; the place is often referred to as the lungs of Nagpur as the place is filled with lush greenery which attracts a lot of morning walkers and joggers.

Located at the summit of Seminary Hill, the Balaji Kartikeyan Temple is a major draw amongst the Hindus in the area. The temple is dedicated to Balaji and Muruga or Karthikeyan. The grand temple has an entrance tower measuring 60 ft in height and houses a 3 ft tall idol of Muruga in one sanctum and Balaji in another. The temple boasts of silence and natural beauty, which attracts more and more people to visit the shrine.

Also known as the Dhamma Chakra Stupa, Deekshabhoomi is the place where the mastermind behind the Indian Constitution, Dr. B.R. Ambedkar, converted himself into a Buddhist with around 600,000 odd followers on 14th October 1956. The place is known for the large Buddhist stupa which is built by the famous architect Sheo Dan Mal on the lines of the Sanchi Stupa.

In contrast to the stupa of Sanchi, the Deekshabhoomi stupa is completely hollow inside and is the largest hollow stupa amongst all the Buddhist across the world. The circular hall inside is spread across a total area of approximately 4000 sq ft with floorings of granite, marble and Dholpur sandstone, which was used in its construction.