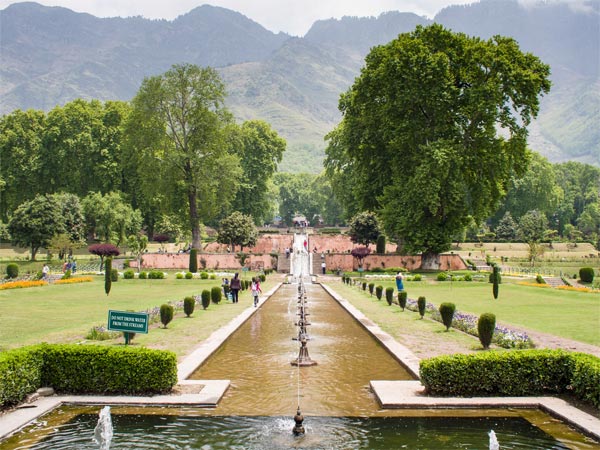 Gardens, planned spaces for nurturing and displaying innumerable varieties of plants, flowers and other natural resources, are the most sought after places for the city folks. It is the quickest escape into nature where you can please your eyes by witnessing a huge area of tranquil greenery.

Botanical gardens, however, sometimes include other features, such as tropical greenhouses, alpine and exoitc plants. This idea roots back to Europe when they maintained certain medicinal gardens and called them "physics gardens", which are now popularly known as botanical gardens worldwide.

With abundant of natural resources, India is home to some of the most breathtaking botanical gardens that you mustn't miss out on when you pay a visit to these places.

Lalbagh is a picturesque botanical garden which literally translates to "The Red Garden". Home to innumerable exotic flower and plant species, the park also attracts birds like egrets, parakeets, mynas, etc. The garden was initially commissioned by the ruler of Mysore, Hyder Ali, and completed by his son Tipu Sultan.

The garden has a glasshouse, where annual flower shows will be hosted during Republic Day and Independence Day, a beautiful lake and thousands of beautiful flowers at all times of the year, making it a great destination for nature lovers.
PC: Muhammad Mahdi Karim

Spread across an area of 55 acres of land, the Government Botanical Garden of Ooty is a park that is filled with exotic and indigenous plants of all kinds. Its huge area is divided into 6 sections namely, Italian Garden, Lower Garden, Conservatory, Fountain Terrace, New Garden and nurseries.

Flower Shows are held annually at this garden where the event will go on for two days. It happens during summer, which is the peak season for people to visit this garden.
PC: Mohammed Faris

Srinagar, the capital city of Jammu and Kashmir, is home to the Nishat Bagh, which is a terraced Mughal garden. Nishat Bagh literally translates to "Garden of Joy" and certainly lives up to the name. Situated on the eastern side of Dal Lake, Nishat Bagh is the biggest Mughal garden in Kashmir.

The garden has 12 different terraces which all are built to represent the 12 zodiac signs. The best time to visit this garden in during the month of July when all the flowers have completely blossomed.
PC: Mike Prince

Lodhi Garden is situated near Delhi's Khan Market and houses the tombs of Muhammad Shah and Sikander Lodhi of the Sayyid dynasty. It is a beautiful place where you can see the disparity of the vibrant, lush garden and the subdued colours of the tombs.

Apart from the tombs, the garden is home to Shish Gumbad and Bara Gumbad, both mausoleums of the Lodhi dynasty. The Lodhi Garden is now Delhi's favourite place for joggers and morning walkers who enjoy the serene beauty of the garden, which provides a relief from the city's pollution.
PC: Shaikh Imran

Much elaborately known as Acharya Jagadish Chandra Bose Indian Botanical Garden, this garden lies in Shibpur, Kolkata. With over 12,000 species of plants and trees sprawling across 270 acres, it is a huge garden that is a popular tourist attraction in Kolkata.

One of the most important attractions of the garden is the Great Banyan Tree which is believed to be the world's largest Banyan tree that is spread across a huge area. Apart from plants like orchids, banyans and more, the garden is also home to wildlife like snakes, jackals, foxes, etc.
PC: Abhijit Kar Gupta

Established since 1880, the Empress Garden of Pune is spread across a graceful area of 39 acres and is a quick escape into the arms of nature. With stalls of ice cream and other such snacks, it is a popular picnic spot for many people of Pune and other neighbouring cities.

To enter the park, everyone aged more than 3 years need to pay Rs 15, with varying parking charges for different vehicles. The garden is open from 9.30 am to 6.30 pm everyday, including the weekends.
PC: Lakshy93