Nativeplanet
»
Travel guide
»The Most Beautiful Lakes in India

The Most Beautiful Lakes in India 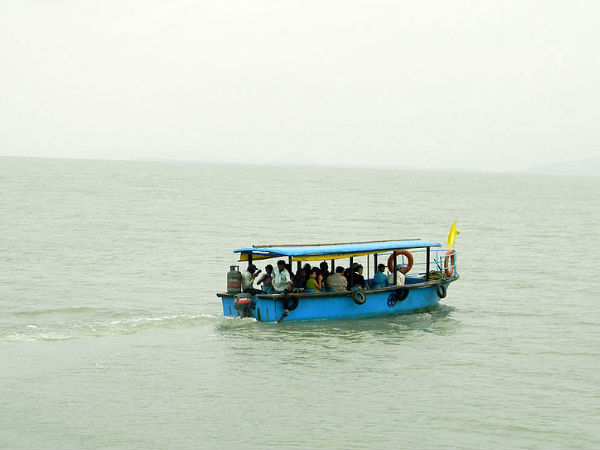 India has an amazing amount of water resources. Apart from rivers and beaches, there are a number of beautiful lakes in India which are a visual treat.

Usually, people know about the famous lakes like Dal lake, Wular lake, Upper lake etc. But there are many scenic lakes that are fascinating to travel.

Here is a list of the most beautiful lakes in India, which are not only wonderful tourist spots but also a place for water and adventure sports.

Manasbal Lake situated in Ganderbal district of Jammu and Kashmir, is the deepest lake in India. It is a paradise for bird watching, as it gets large number of aquatic birds.
The lake is surrounded by the Baladar mountains on the east and Ahtung hills in the south. Since it is along the course of the Jhelum river, the Manasbal lake falls under the series of high altitude lakes of the Himalayas.
There are some places to visit around the lake: Darogabagh Fort, Jaroka( the Mughul Garden), and a recently excavated ancient Hindu Temple.
Due to its pristine water and scenic beauty, Manasbal is also called as the "supreme gem of all Kashmir Lakes".

Damdama is one of the biggest lakes in Haryana. Situated in Sohna, this lake was formed during British era. Surrounded by Aravalli mountains, Damdama lake is a popular picnic spot mainly during monsoon and winter seasons.
Dream Island adventure resort near the lake is a good place to stay, as tourists can do bird watching as well as try some adventure sports.
Damdama lake is known for adventure sports like Kayaking, rock climbing, parasailing, etc. Tourists can also visit nearby places: Sohna hot springs and ancient Shiva temple.

Gurudogmar Lake is one of the highest lakes in the world. Gurudogmar lake located in Sikkim remains frozen during winter.
There is a legend associated with Buddhist guru Padmasambhava who visited this frozen lake, and made a part of lake to melt by providing drinking water to people.
Even Guru Nanak, Sikh Guru is believed to have visited this lake. Hence, it is considered sacred for both Buddhists and Sikhs.
Gurudogmar lake placed to the north of the Kanchenjunga range, covers an area of 290 acres. But the larger part of the lake is not visible as it remains hidden behind the hilly terrains.

Berijam Lake in Tamil Nadu is one of the beautiful lakes in South India. It is located at "Fort Hamilton", in the upper Palani hills. Originally a swamp called Berijam Swamp, the lake was artificially created by British when the dam and reservoir was constructed.
Now, Berijam lake is part of a micro-watershed development project and it also provides drinking water for Periyakulam town.

Tsongmo Lake or Changu Lake in East Sikkim is 40 km from Gangtok. A speciality of this bewitching lake is that the surface reflects different colours in different seasons. This phenomenon has much importance for Sikkimese people.
Tsongmo Lake freezes during winter by creating an enchanting view during this time. Right after the season, many flowers bloom in the lake which gives a new beauty to the lake.

Vembanad Lake is the longest lake in India and is called with different names in diffferent places: Punnamada lake in Kuttanad, Kochi Lake in Kochi.
Spanning in several districts of Kerala, Vembanad is the largest lake in Kerala.
The lake is bordered by Alapuzzha, Kottayam, and Ernakulam districts, it is located at the sea level and is separated from the Arabian Sea by the Barrier island.
Enchanting Vembanad lake is best known for tourism as it forms the heart of Kerala Backwaters. The famous Nehru Boat Race is also conducted in a part of this lake.

Chilika Lake or Chilka Lake in Odisha is considered as the largest coastal lagoon in India. This huge lagoon is a home to largest number of migratory birds during winter. The eco-system of Chilka Lake contains many endangered species and animals.
This lake with brackish water has large fishery resources and many fisher-folk make living out of these fish resources in the lake.
Chilka Lake at the mouth of Daya river, is popular for tourism. There are many tourist attractions near to the lake: Nalaban Island, Puri, The Nirmaljhara Waterfall etc.

Honnemaradu lake located in Sagara district of Karnataka, is on the back waters of river Sharavathi.
Honnemaradu literally means the Golden Lake, is a famous tourist destination in Karnataka.
A heaven for adventure sports and nature enthusiasts, this lake offers a lot for travellers. Embraced by the lush greenery of the Western Ghats, Honnemardu lake has splendid views of sunrise and sunset.
Honnemaradu also a known place for Kayaking and water sports, is near to the famous Jog falls and Dabbe falls.

Hussain Sagar lake in Hyderabad was built by Hazrat Hussain Shah Wali in 1562. Spread across an area of 5.7 sq km, this lake has a large Gauthama Buddha statue installed in the middle of the lake.
Built across the tributary of river Musi, Hussain Sagar lake is a major tourist attraction. Popular for sailing, the lake is near to many other famous tourist spots in Hyderabad.
Lumbini Park, Birla Mandir, Sanjeevaiah park, NTR gardens etc. are some place which can visited near the lake.

Chandra Taal or Chandra Tal situated in Spiti of Himachal Pradesh gets the name from its crescent shape.
Tucked in the Himalayas, this beautiful lake can be reached from Batal or Kunzum Pass from late May to early October. A popular spot for trekkers and campers, Chandra Tal overlooks the Chandra river.
Another lake, Suraj Tal is also accessible from Chandra Taal. This lake is popular for its amazing view of Himalayas and meadows.