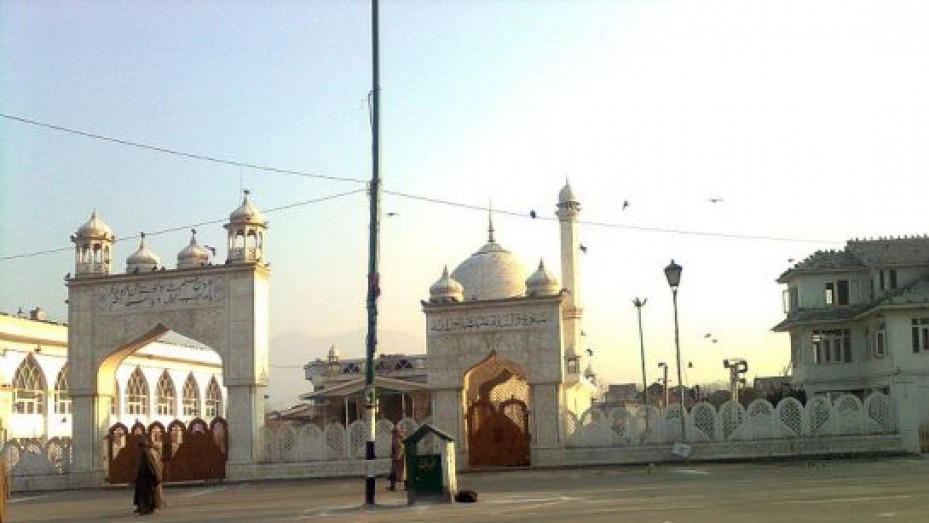 Hazratbal Mosque, situated on the western side of the Dal Lake, is an important place of worship for Muslims. This shrine is known by many names such as Madinat-us-Sani, Asar-e-Sharif and Dargah Sharif. The mosque is made up of white marble and looks on to a striking view of the lake with the Himalayan mountain range for a backdrop.

A perfect blend of Mughal and Kashmiri architectural styles has been incorporated in the construction of this mosque whose history dates back to the 17th century. The term ‘Hazrat’ stands for holy or majestic and ‘bal’ in the Kashmiri language means a place or an enclosed space.

The shrine is considered to be extremely sacred as it is said to contain the sacred hair of Prophet Muhammad known as the 'Moi-e-Muqaddas'. This hair is shown to the general public only on very special occasions.