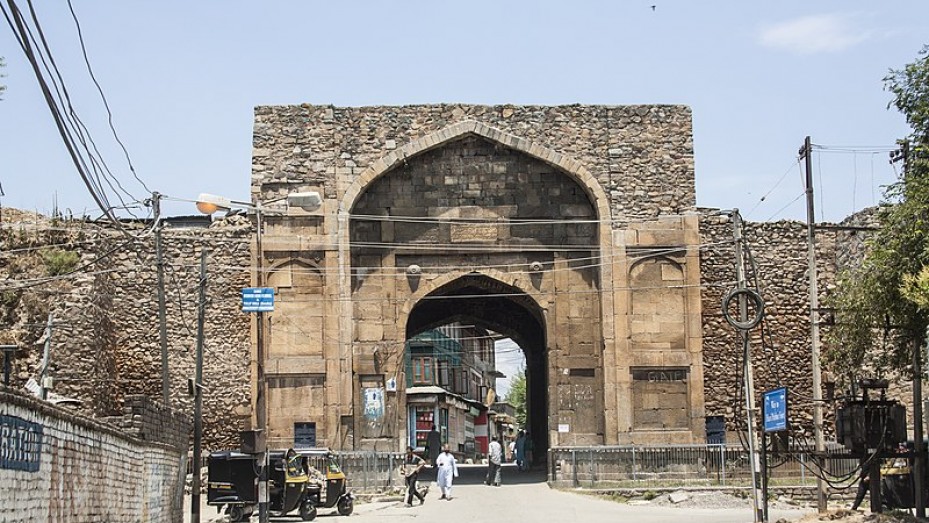 Kathi Darwaza is considered to be the main entrance to the Hari Parbat Fort situated on the banks of the Dal Lake. The Sangin Darwaza constitutes another important gate of the Fort. A central domed chamber with two bays on either side makes up the structure of the Kathi Darwaza.

On the walls and ceiling of the Kathi Darwaza are etched a few Persian memorial inscriptions that shed light on the Persian culture and customs that were once followed by the Mughal rulers.