Punalur – A Tale Of Two States 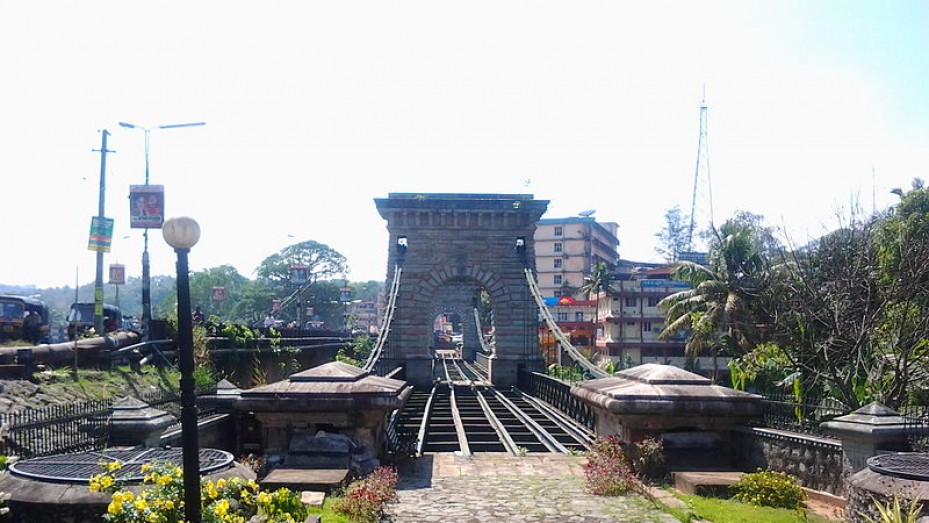 Punalur is a small scenic town located on the borders of Tamil Nadu and Kerala. The town is known for being the pioneer in bringing Kerala’s industrial revolution that happened with the setting up of the Punalur Paper Mills.

The river Kallada flows through Punalur. The place derives its name from ‘Punal’ meaning water in Tamil and Malayalam and ‘Ooru’ meaning place. Hence it translates into ‘town of water’. The administrative headquarter of the Western Ghats is situated here and is known as Pathanapuram Taluk, which is another gateway to the Western Ghats. This town is also known as the ‘lap of the Western Ghats’. It is the fifth largest city in the south.

Punalur is famous for its pineapples, plywood, pepper and timber. It is also famous for its suspension bridge which was constructed was back in the 19th century by a British national. The authorities have declared this suspension bridge as a monument of national importance.Though the bridge is not in use now, renovation has been done to protect it. Punalur also has a bio-reserve known as Agasthyamalai.

Tourist Places In And Around Punalur

The Kallada River has many picturesque spots that attract tourists. Pilgrims going to Sabrimala and Sree Ayappa stop at this town making it a busy and important town during the festive seasons. The Shenthruni forest which is part of the Thenmala Eco Tourism is also another attraction of this town. You can go for hiking and mountain biking here. This place, thus, becomes an excellent spot for adventure lovers. The spectacular Palruvi Waterfalls and Old Courtallam Waterfalls are among the other attractions. Ancient temples like that of Pattazhi Devi Temple at Pattazhi, is another tourist attraction.

Winter is the ideal time to visit Punalur.

How To Reach Punalur

Punalur can be reached by air, train and road.

Punalur is Famous for

How to Reach Punalur