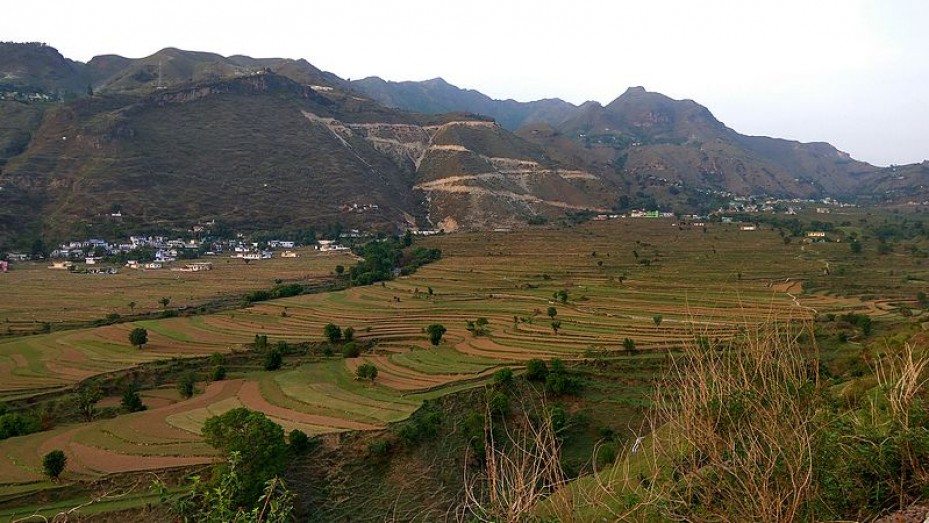 Pithoragarh is a district in the state of Uttarakhand and serves as a gateway to the mighty Himalayan ranges. It is located in the beautiful Soar Valley and is bordered by the Almora district in the north. The Kali river separates it in the east from the neighbouring country Nepal. Most of the ancient temples and forts were constructed here during the reign of the Pal and Chand dynasties. In the 15th century, the region was controlled by the Brahm kings for a short period. Later, the kings of the Chand dynasty restored their rule and reigned till the British took over.

Kumaoni is the language spoken by the tribes living here. The region is rich in natural resources like limestone, copper, magnesium and slate. It is surrounded by lush green coniferous, sal, chir and oak forests. The region is home to the Himalayan chamois, sambar and tiger, along with several birds and reptiles.

Tourist Places In And Around Pithoragarh

Various churches, mission schools and buildings were built during the British rule. Tourist planning to explore Pithoragarh can visit the Kapileshwar Mahadev Temple, which is dedicated to the Hindu Lord Shiva. According to a folklore, the famous sage Kapil meditated at this site. During the Shivaratri festival, devotees in large numbers visit this temple. Thal Kedar is another popular religious attraction, which is located at a distance of 8 km to the south of Pithoragarh.

This place offers an opportunity to visit the Ashur Chulaa, a beautiful sanctuary located at a distance of 20 km from the Pithoragarh town. This site is nestled at an elevation of 5412 ft above sea level. Besides, another popular tourist destination, Munsiyari, serves as a gateway to the Johar region. This gateway leads to the Millam, Namik and Ralam glaciers.

The Nakuleshwar Temple is a noted shrine, located at a distance of 4 km from the Pithoragarh town. The temple is devoted to the Hindu Lord Shiva and boasts of the Khajuraho architectural style. The Arjuneswar temple, Chandak, Mostamanu Temple, Dhwaj Temple, Kot Gari Devi Temple, Didihat, Narayan Ashram and Jhulaghat are other famous tourist spots of the destination. This place is also popular for adventure sports, like Skiing, hang gliding and paragliding.

Jauljibi is a famous tourist site, located at a distance of 68 km from the town of Pithoragarh. This place is also the meeting point of two rivers, Gori and Kali. A fair is held here on the auspicious occasion of Makar Sankranti. According to locals, this fair was first held in November, 1914.

How To Reach Pithoragarh

Tourists can reach the destination by air, rail and road. The Pantnagar Airport is the closest airbase while the Tanakpur railway station is the nearest railhead of the destination.

Tourists planning a trip to Pithoragarh are advised to visit the destination during summers as the climate remains comfortable and pleasant.

Pithoragarh is Famous for

How to Reach Pithoragarh