Mandvi- To Dock And Footloose Souls 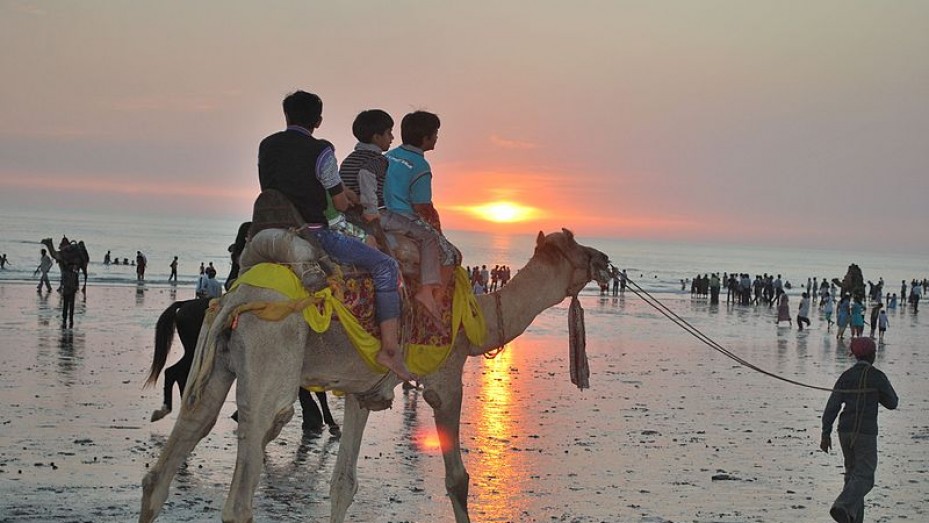 Mandvi is famous for being the main port of Kutch and also of Gujarat before the rise of Mumbai or Surat as ports. Ships from East Africa, the Persian Gulf, the Malabar Coast and South-East Asia used to dock here, in this port on the Arabian sea.

Importance Of The Port Town

Mandvi was founded as a port town by the Khengarji, the king of Kutch, in 1574. Mandvi flourished quickly as it had become a very important port of Gujarat. In a very small span of time all the landmarks of Mandvi like the Sundarwar temple, the Jama Masjid, the Lakshminarayan Temple, the Kajivali Mosque and the Rameshwar Temple were built.

As an important port, Mandvi had a fleet of 400 ships that sailed as far as England and returned. Mandvi was protected with a fort that had an 8 m high wall, many gates and 25 bastions. Presently this wall is almost destroyed, but the bastion on the southwest is the largest and still acts as a lighthouse.

Mandvi's importance as a port has faded because the large modern ships are unable to dock here, but the tradition of shipbuilding is still carried on, by hand on the banks of the Rukmavati River.

The culture of Mandvi represents the true Kutchi culture. Merchants and seamen are the main inhabitants of this city.

Mandvi is famous for local double rotis, also known as dabeli. In 1960, the famous dabeli was invented by Keshavji Gabha Chudasama.

Tourist Places In And Around Mandvi

For 400 years, the shipbuilding industry has been the centre of life in Mandvi. The shipbuilding yards along the Rukmavati river are places where hand made wooden ships can be found. There is one more place called the Tower of Wagers where shipowners would scrutinize the horizons to gauge when their trading fleet is about to return.

Mandvi is also famous for several quiet and clean beaches where migrating birds like flamingos take a break in their journey. Another important architectural landmark of Mandvi is the Vijay Vilas Palace, built by Rao Vijayrajji in 1929. This was the summer house of the British High Commission of Bhuj and the cemetery here is the witness of the fact that the British was active in this area.

Including the unique tryst with the ancient skill of handcrafted shipbuilding, the cultural history and also the beaches, Mandvi definitely is an unforgettable experience.

Tourists can visit Mandvi from May to October.

How To Reach Mandvi

Travellers planning a trip to Mandvi can reach the destination via air, rail and road.

Mandvi is Famous for

How to Reach Mandvi