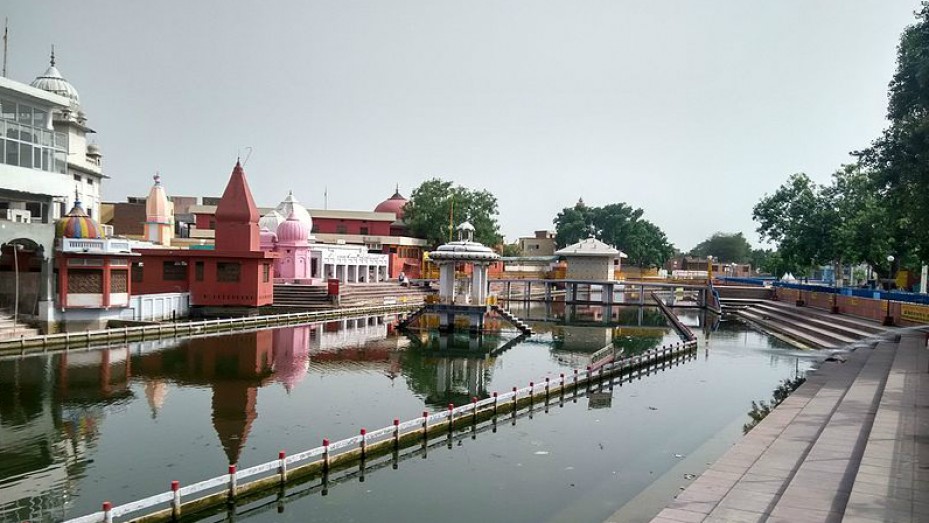 The epic of Mahabharata mentions Pehowa as Prithudaka after King Prithu, who is said to have prayed here for the salvation of his father’s soul. This is why Pehowa is an important site to offer shraddha to parents and ancestors. Pehowa is located about 27 km from Thanesar. Though the place boasts its existence to 882 AD, historical facts show that it came into being in 895 AD. Mythology has it that King Prithu’s father wanted to breath his last breath near the Saraswati Prithudak and that is why the king has prayed here for his father’s soul. For many days he stayed near the river and made innumerable offerings to gods and even observed a fast.

The place where he is believed to have fasted is known as Prithudak Teertha. Many ghats and temples came up to mark the king's sacrifice. One of the most famous temples located here is the temple of Lord Kartikeya. According to legends, the temple at the ghat is built at the site where Lord Kartikeya, after going around the universe on the direction of Lord Shiva and Parvati, shed his skin and left it with his mother, Parvati.

The temple is made up of two rock blocks and the idol of Lord Kartikeya is flanked by lit lamps at all times. Legend also has it that during the War of Mahabharata, Lord Krishna made the eldest Pandava, Yudhishtir, light these two lamps in the memory of the 18,00,000 people who perished in the war.

Although the exact year of construction of the temple is not clear, it is estimated to be at least 4500 years old. The most interesting thing about Pehowa is the record of families that has been kept since the time of Mahabharata. Some of these records were destroyed by the Islamic rulers to remove any trace of family trees.