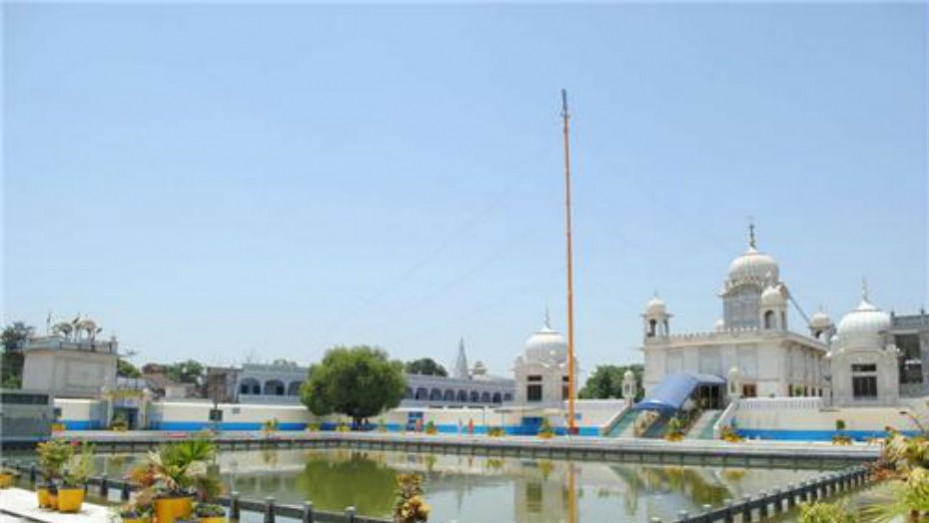 Gurdwara Chhevin Patshahi was built in the loving memory of the sixth Sikh guru, Hargobind, who visited this place along with his armed retinue. Most people who turned up to greet him were puzzled about how an armed warrior could be a successor in the lineage of Guru Nanak. But the guru clarified their doubts by explaining the relationship between bhakti, prayer and shakti or power.

The building work on the gurdwara was initiated in 1909, but its main building was constructed later on. The main hall stands on a six-foot-high platform while the guru, Granth Sahib, is placed under a fluted lotus dome. The marble seat bearing the holy book is surrounded by white marble slabs.

Like most gurdwaras, it hosts a sarovar or a tank for ablution of the devotees and offers langar-free meals and accommodation to the pilgrims

Gurdwara Chhevin Patshahi is one of the oldest shrines in the city of Kurukshetra and is built on a prime location on Kurukshetra–Thanesar road not far from the railway station. The well-laid out, spacious gurdwara is the headquarter of the regional gurdwara management committee.