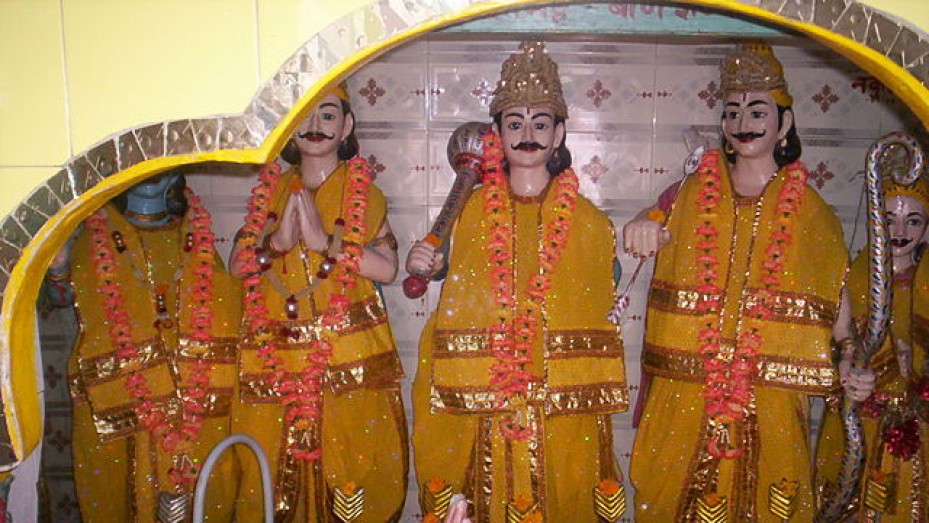 Bhishma Kund is in Narkatari, Thanesar. Sage Bhishma, also called Bhisham Pitamah, was the fatherly figure revered both by the Kauravas and Pandavas even though he was siding with the Kauravas in War of Mahabharata.

According to scriptures, he was blessed with a boon that granted him the power to remain alive as long as he wished to and die only when he liked. He was, therefore, an invincible warrior and obviously a cause of deep concern for the Pandavas, who were fighting a vain battle against him.

Not finding any cue about dealing with him, they went into the refuge of Lord Krishna, for his advice. The omniscient lord knew the secret of killing the indefatigable hero. He, therefore, counselled them to bring in Shikhandi, a eunuch, i.e., a combination of man and woman because Bhishm Pitamah would rather die than assault such a person.

Following the well-laid out plan, Arjuna stood behind Shikhandi and started shooting arrows at Bhisham Pitamah who threw away his armour and weapons and allowed himself to be fatally wounded on the tenth day of the war.

As Bhishm lay on a bed of arrows surrounded both by the Kauravas and Pandavs, he felt thirsty and asked for water. Arjun shot an arrow into the earth and stream of water gushed out to quench Pitamaha’s thirst.

The spot where this episode occurred lies in the modern day village of Naraktari in Kurukshetra district. There is a small temple here to commemorate the event. The stepwell now stands renovated.