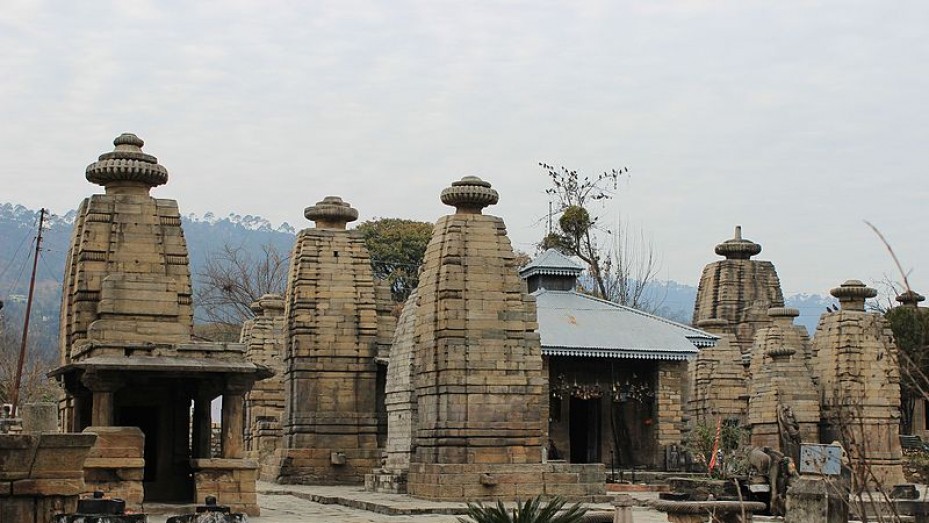 Kausani is a picturesque hill town situated in the state of Uttarakhand at an elevation of around 6075 ft above sea level. Along with the mighty Himalayas, mountains such as the Nandakot, Trishul and Nada Devi are easily visible from here. This hill town is situated on the top of a ridge amidst dense pine trees and overlooks the beautiful valleys of Someshwar, Garur and Baijnath Katyuri.

In earlier times, this town was known as Valna and was a part of the Almora District. At that time, the district was under the management of Baichaldeo, the Katyuri King. Later, the king gave a significant part of the land to Sri Chand Tiwari, a Gujarati Brahmin. Amazed by the splendour of this place, the great Indian freedom fighter, Mahatma Gandhi called this hill town as the ‘Switzerland of India'.

Presently, Kausani is a popular tourist hotspot visited by a large number of travellers from across the globe every year.

Tourist Places In And Around Kausani

Apart from beautiful hills and mountains, the destination is also known for its ashrams, temples and tea estate. One of the popular ashrams here is the Anashakti Ashram, where Mahatma Gandhi stayed for a few days. It is now a study-cum-research centre, where lodging and kitchen facilities are also provided. Another renowned ashram is the Lakshmi Ashram, also known as the Sarla Ashram.

The ashram was founded by a follower of Mahatma Gandhi, named Catherine Hillman, in 1948. The Pinnath Temple, the Shiva Temple, the Rudrahari Mahadev Temple, the Kot Bhramari Temple and the Baijnath Temple are some of the popular religious sites of Kausani.

Besides, Kausani is also the birthplace of one of the renowned contemporary Hindi poets, Sumitra Nandan Pant. There is a museum dedicated to him, known as the Sumitra Nandan Pant Gallery. The museum contains manuscripts and drafts of his poems and other literary works as well as the awards he received. His birth anniversary is celebrated at the museum, and a conference is also organised every year in his honour.

Adventure enthusiasts visiting the destination can enjoy activities such as trekking and rock climbing. The place has some of the best Trekking routes in the country. Some of the popular ones are the Sunder Dhunga Trek, Pindari Glacier Trek and Milam Glacier Trek. The place is also known for the celebration of the Hindu festival known as 'Makar Sankranti', which is called ‘Uttarayani’ in the region.

How To Reach Kausani

Kausani is easily accessible by air, rail and road from different parts of the country. The closest air base to the destination is the Pantnagar Airport. It is well connected to other Indian cities by regular flights. The Kathgodam Railway Station is the nearest railhead to Kausani, which is well connected by trains to major Indian destinations including Howrah and Lucknow. The Kausani Bus Station is connected by public and private buses to various destinations.

Most of the travellers prefer to visit Kausani between April and June when the weather remains pleasant.

Kausani is Famous for

How to Reach Kausani