Kathgodam - To Repose And Enliven The Souls 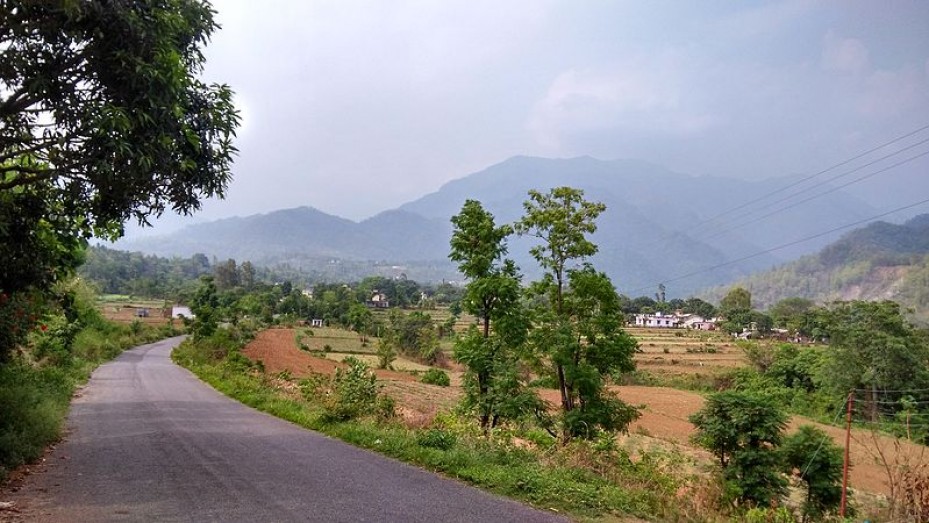 Kathgodam, the ‘Gateway of Kumaon Hills’ is located on the banks of the river Gaula in the Nainital District of Uttarakhand. The region is perched at an elevation of 554 m above sea level and lies on the foothills of the Kumaon Himalayas. The second largest Municipal Council of Uttarakhand, the Haldwani- Kathgodam Council was established in the year 1942.

The name ‘Kathgodam’, which literally means ‘timber depot’ is very apt for the town, considering the fact that it is the centre of trade and commerce in the district. The local languages spoken in the region include Kumaoni, Hindi and Garhwali.

Earlier, Kathgodam was an unnoticed hamlet, with a very small population (375 in the year 1901). However, this changed after the place was brought into the railway map of India by the British in 1909. The Haldwani railway line was extended up to Kathgodam in 1884, and now it serves as the last station of the North East Railways.

Two of the prominent attractions of the region are the temples devoted to the Hindu deities ‘Sheetla Devi’ and ‘Kalichaud’. A large number of devotees throng these temples during festivals.

Tourist Places In And Around Kathgodam

The river Gaula, one of the popular attractions of the destination, originates from the Sattal Lake in Uttarakhand and crosses through different places like Haldwani and Shahi. There is a dam constructed over this river, which is known as the Gaula Barrage and is famous as an ideal picnic spot.

Travellers visiting Kathgodam can also explore a small town nearby, called Bhimtal, 21 km from the town. The place is renowned for the perennial Bhimtal Lake which is a nature lover’s paradise. The name of the place has been derived from Bhima, a mythological character from the Indian epic, the Mahabharata.

There is an old Shiva temple called the Bhimeshwar Mahadev Temple on the banks of the lake. It was built in the 17th century by King of Kumaon, Baz Bahadur. An aquarium, located on a small island in the middle of the lake is an added attraction of the place. The beautiful lake city of Nainital is just 34 km from Kathgodam and is easily accessible by road and rail.

Tourists can also visit Sattal, situated at a distance of 23 km from Kathgodam. The literal meaning of ‘Sattal’ is seven lakes. There are seven interconnected, fresh water lakes, namely, Ram Tal, Nil Damyanti Tal, Laxman Tal, Khudariya Tal, Purna Tal, Sukha Tal and Sita Tal. Apart from this, the Corbett Water Fall and the Hedakhan Ashram are also quite popular in the region.

How To Reach Kathgodam

Travellers wishing to reach Kathgodam can book their tickets up to the Pantnagar Airport, 71 km away from the destination. This airport is connected to the Indira Gandhi International Airport (IGI) by regular flights. IGI is the closest international airport, therefore, international travellers can avail the connecting flights from IGI Airport to Pantnagar.

The region of Kathgodam lies under the North Eastern Railways and has a railway station which is well-connected to major Indian cities like Lucknow, Delhi and Howrah. Travellers, who wish to travel by road, can reach this place by NH-87. Buses to Kathgodam are available from Ghaziabad, Delhi, Nainital and Haldwani.

The climate of Kathgodam remains moderate for most time of the year. Summers in Kathgodam extend from the month of April till June. During this time, the temperature of the place ranges between 30° C and 15° C.

The months from July to November are the best time to visit this place, as the temperature remains cool and pleasant during this period.

Kathgodam is Famous for

How to Reach Kathgodam