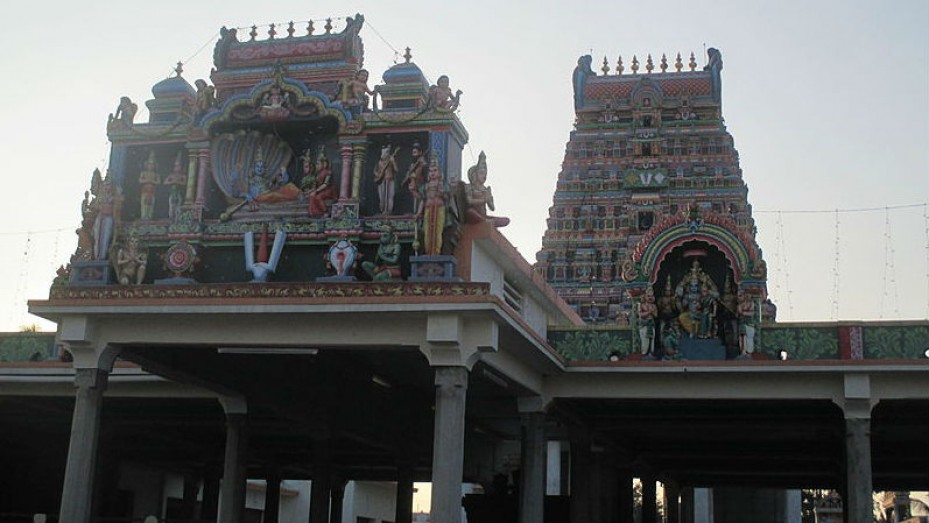 Karamadai Ranganatha Temple is situated at a distance of 30 km from the city of Coimbatore. It is on the Mettupalayam Highway and is easy to locate. The temple has been built in a scenic location. The blue mountain forms the backdrop of the temple. The temple was built by Thirumalai Nayakkar who got numerous walls and mandapams built in the temple.

It is believed that Karikala Chozhan and the King of Mysore Krishanaraja Wodeyar both have contributed towards the upkeep and maintenance of the temple.

According to a local legend, a British engineer was beginning the construction of a rail line that was cutting through the temple. This made the locals and the devotees very unhappy. They prayed fervently at the temple and impressed with the prayers of His devotees, Lord Ranganatha appeared in the dreams of the engineer sitting on a white horse. The engineer decided against cutting through the temple. In honour of the deity he built a wooden white horse outside the temple.