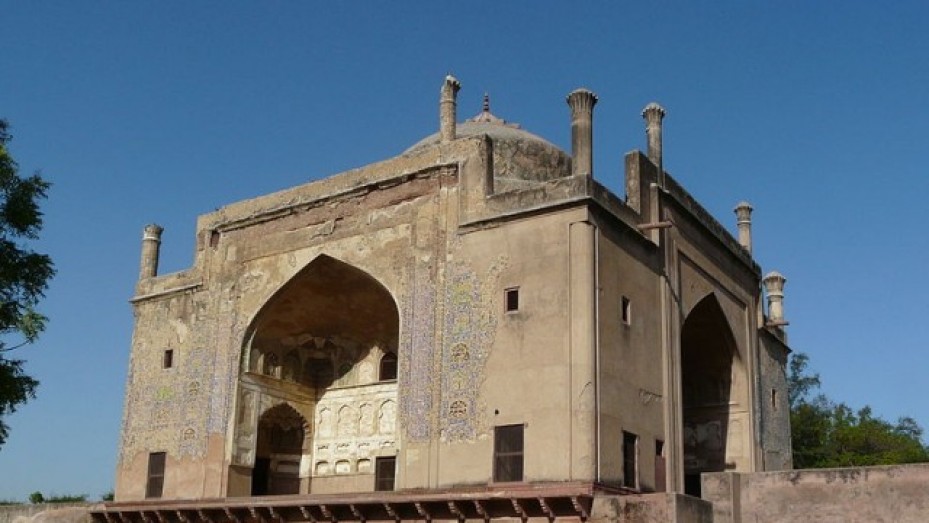 Chini Ka Rauza or mausoleum is so called because it is made primarily of colourful tiles of chini. It was an outcome of the fancy of Mullah Shukrullah Shirazi, who was not only a great scholar and a poet but also the prime minister of Mughal Emperor Shah Jahan.

Situated on the bank of river Yamuna one kilometer away from the tomb of Itmad-ud-Daulah, it was built in 1635. It was the first building of its kind in India that was embellished extensively with tiles of glazed glass and is, therefore, aptly regarded as a landmark in Indo-Persian style of architecture in India.

The tomb is built in rectangular shape and made up primarily of brown stone. Its walls are embellished with coloured tiles and bear scholarly inscriptions from Islamic scriptures. The central part of the mausoleum has an octagonal shape with eight curved alcoves.

The most striking feature of the mausoleum is the Afghan style round tomb which is engraved with holy Islamic texts. The tomb, unfortunately in ruins, still testifies to its original magnificence.