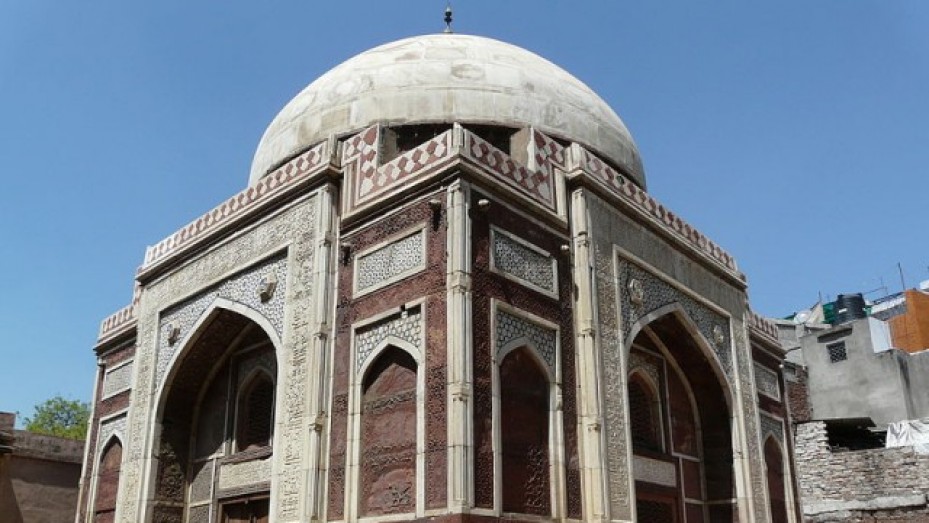 Meaning 64 pillared, Chausath Khamba is a tomb in Nizamuddin, the heritage site of Sufi Muslim Shrines and tombs in New Delhi. It was built during the reign of Mughal Emperor Jahangir in 1623-24 by Mirza Aziz Koka, the son of Ataga Khan who was the husband of Jili Anga.

While his father Ataga Khan had served as the Prime Minister of Emperor Akbar, Mirza Aziz Koka was the Governor of Gujarat during the rule of Emperor Jahangir and wanted to erect a mausoleum for himself. It was originally built as a hall, but was converted into a mausoleum later on.

It is a square-shaped building made completely of white marble. As the name of the tomb suggests, the structure comprises of 64 pillars and 25 bays. The flat roofed mausoleum has been declared a heritage building. It.is situated right in the busy hub of Nizamuddin Basti, which is also a home to its patron saint Hazrat Nizamuddin Auliya.