Yuksom - The Abbey Of Monks 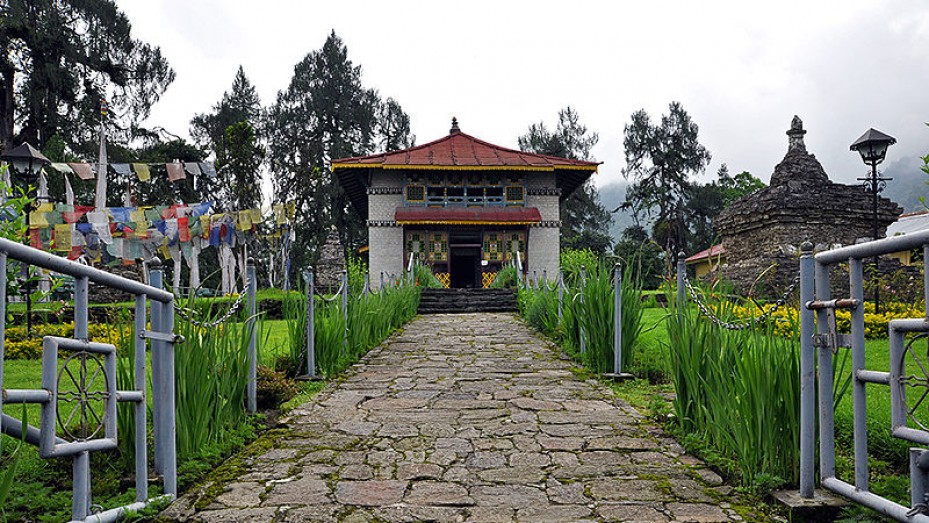 Yuksom is located in the West Sikkim district. Surrounded by an array of religious sites, this historical town in Geyzing happens to be a popular tourist destination at Sikkim and is quite popular amongst trekkers too.

Yuksom is the town which was declared the first capital of the Northeast Indian state Sikkim and was established by the Phuntsog Namgyal, the first Chogyal (religious king) of Sikkim in the year 1642 AD. The chogyals ruled for about 333 years in Sikkim. There is a specialty about the place. With the locals at Yuksom having positively adopted the promotions of ecotourism in Yuksom as well as other interesting places of Sikkim, the place is now considered a good example for village ecotourism.

There are some very interesting places at Yuksom. Here are some of them for you: Rathong Chu river, Khecheopalri Lake, the Dubdi Monastery, the Kartok Monastery and the Tashiding Monastery.

Yuksom is the ancient capital of Sikkim. The name Yuksom means the meeting place of three scholarly monks and the place has been named so for three monks having come down to Yuksom from Tibet; they were the ones to have selected Phuntsog Namgyal as the first religious king of Sikkim and gave him the name Chogyal. And for their enticing landscape, Yuksom hills were previously named Ney-Pemathang.

Geography Of The Scenic Town

Perched at an elevation of 1780 m, Yuksom happens to be a huge village, spread across an area of 2,006.9 acres. The village is wrapped by a range of mountains and happens to be the gateway to Mount Kanchenjunga.

The Place's Climate Through The Year

With Yuksom being situated at an average altitude, the weather conditions also remain quite moderate. The place is pleasant during the months from March to June and in-between September and November. However, the winter months from December up to February are chilly. The place also boats of a rich forest area that contains interesting flora like with maple, chestnut, magnolia, silver fir, birch, broad leaved oak and alder to name a few.

The weather condition at Yuksom is quite moderate all year-round.

How To Reach Yuksom

The nearest airport is the Bagdogra Airport, which is 170 km from Yuksom. The place is connected to other cities by rail and road.

Yuksom is Famous for

How to Reach Yuksom