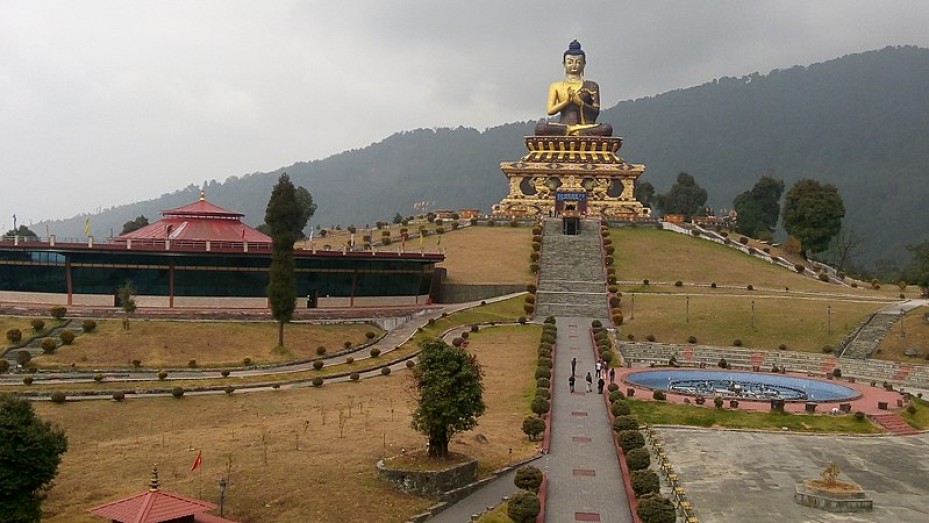 Situated in a picturesque location at a distance of 92 km from Gangtok, Namchi is a tourist hot spot in Sikkim. The place offers panoramic views of Darjeeling, Kalimpong Hills and other snow-tipped mountains with vast stretches of beautiful valleys.

Namchi is a town located at an altitude of 1675 mt above sea level. The area rose to popularity recently with the erection of the world's tallest statue of Guru Padmasambhava, the patron saint of Sikkim. Namchi is known for its Buddhist monasteries, high mountain peaks and unmatched view points. The town is at a distance of 90 km from Siliguri. It is also close to West Bengal and other major cities in Sikkim.

Namchi literally means "Sky High" in the Bhutia language. Apart from being a visual treat to travellers, Namchi also is growing as a tourist destination due to its rich history and a variety of tourist attractions and activities. Though it has a lot of resemblance to the state capital, Gangtok, Namchi is far quiet and silent when compared to the buzzing environ of Gangtok. Namchi is also known for its interesting history and mysterious stories from the past.

Most of the population of Namchi consist of Hindus and Buddhists. The languages spoken here are Nepali, English and Hindi.

Tourist Places In And Around Namchi

The main tourist attractions of Namchi are the Namchi Monastery, the Rolong Monastery, Samdruptse Hill which is a dormant volcano, the Tendong Hill, the Rock Garden, Doling Gompa, the Ngadak Monastery, Temi Tea Garden and the Char Dham.

In the month of February, Namchi hosts an annual flower show which is the largest in Sikkim and showcases a huge variety of orchids among other flowers. Also, the “Gold Cup” football tournament is held in the famous Baichung Stadium in Namchi which attracts a number of people towards it. The stadium was built by the Government of Sikkim in honour of a Sikkimese football player Baichung Bhutia.

Best Time To Travel To Namchi

The ideal time to travel to Namchi is from March to June.

How To Reach Namchi

Namchi can be reached by air and train.

Namchi is Famous for

How to Reach Namchi