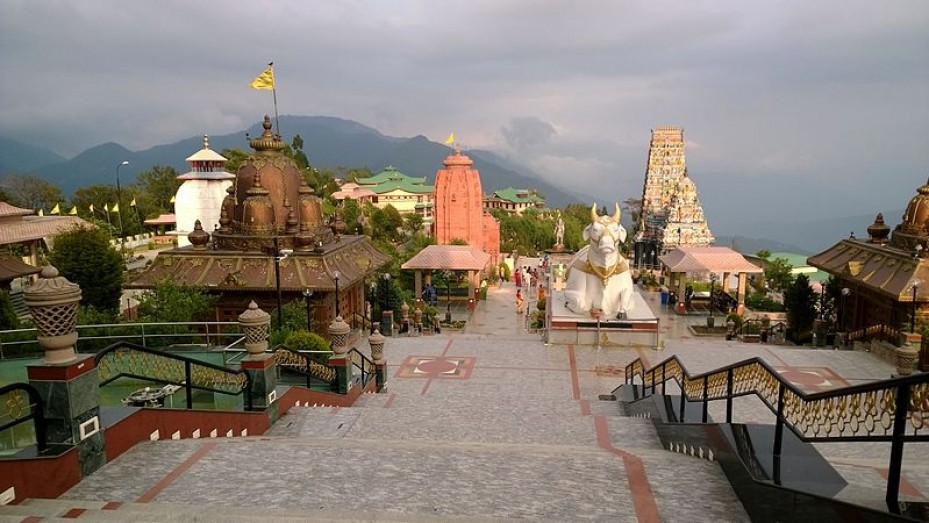 Char Dham is a popular pilgrimage destination of Sikkim which also has some interesting history connected to it. The principle deity here is Lord Shiva. Char Dham is situated about 5 km from the town of Namchi on the Solophok Hills. It is believed that during the Kurukshetra war between the Kauravas and Pandavas, this place was where Arjuna worshipped Lord Shiva.

It is also believed that Lord Shiva, pleased with Arjuna, appeared before him as a hunter and blessed him which helped the Pandavas in winning the war. The Chardham covers about 7 acres of land. It consists of a huge idol of Lord Shiva which is about 16 ft tall.

Apart from a structure of Rameshwar where the idol of Lord Shiva is erected, the Char Dham complex also contains structures that resemble Badrinath, Jaganath and Dwarka that are dedicated to Lord Vishnu.

The temple complex is divided into 4 parts – the statue of Lord Shiva along with 12 jyothirlingas, four dhams, a Sai Baba Mandir and the Kirateshwar Statue besides the Nandi Bull.