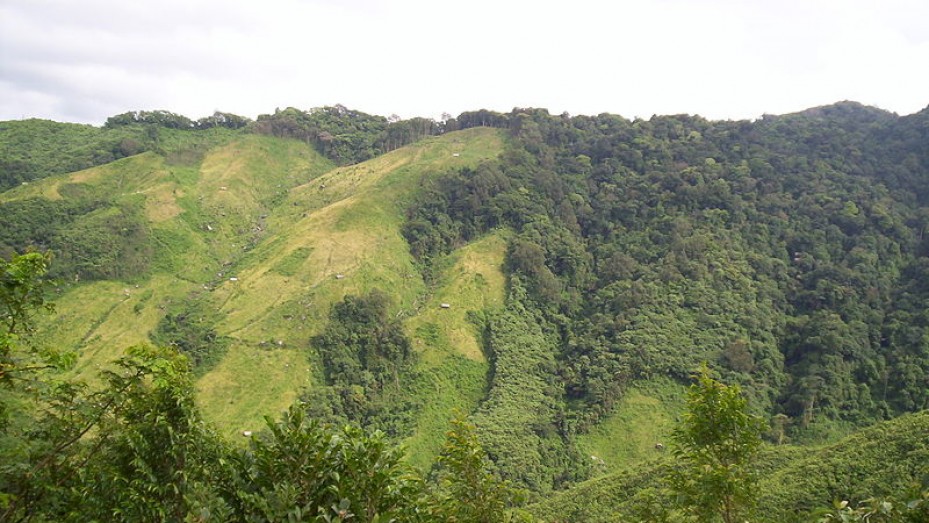 Tuensang is the district headquarters of the largest and easternmost district of Nagaland by the same name. It is an important district not only because of its size, but also due to its special constitutional privileges. The city of Tuensang was founded in 1947 for administrating the erstwhile NEFA (North East Frontier Agency). The district borders Myanmar on the east and other districts of Nagaland on its other sides. While it was the administrative headquarters for NEFA, Tuensang comprised of the present-day Mon, Kiphire and Longleng districts. Together these four districts were also known as Eastern Nagaland.

Till 1957, Tuensang was not part of the Indian territory as well as Myanmar, but when the Kohima and Mokokchung districts of undivided Assam were merged with Tuensang, it was formally recognised as a part of the Indian territory. During those times (when Nagaland as a state wasn’t formed), Tuensang was the administrative headquarters of the Naga Hills-Tuensang Area. Later in 1963, the state of Nagaland was formed with the three districts of Tuensang, Mokokchung and Kohima. As more districts were formed in Nagaland, the size of Tuensang as a district started diminishing.

Tuensang is located at a height of 1371 metres above sea level and is located at a distance of 269 kilometres from Kohima, if travelled via Wokha and Mokokchung, while it is 235 kilometres away from the state capital via Zunheboto. Tuensang also functions as the nerve centre of Eastern Nagaland. The Indian constitution gives Tuensang a special provision under which any law passed by the parliament on religious and social practises of Nagas and land transfers will not have any effect on Tuensang. However, if the Nagaland Legislative Assembly passes a law on the same, the case will be different.

An Exotic Travel Location With A Splash Of Colours Of Culture

Tuensang is also known as mini-Nagaland as several tribes co-exist here adding to the rich culturally flavour of the place. Vibrant people, ethnic customs and rituals, colourful attires, many dances and folksongs all make Tuensang an exotic location. To get a quick glimpse of Nagaland, a visit to Tuensang is considered a must by travel experts. Unlike many other districts of Nagaland, in Tuensang many tribes have co-existed for generations adding to the vibrant ethnic diversity of the place. The Changs, Sangtams, Yimchungers and Khiamniungans are the permanent land owners or the permanent tribes of Tuensang. Apart from these tribes, the Sumi Nagas also inhibit part of the town.

Tuensang is popular for its handicrafts as well as handloom. The people here can be seen adorned in their traditional Naga dresses that have caught the fancy of fashionistas the world over. The rich red colour, the intricate art work and the exclusive jewellery can all be easily found in the markets of Tuensang. A day out hunting for these rare and exclusive tribal handicrafts can be one of the most fulfilling parts of the trip to Tuensang. Tourists can also travel to several other destinations of the district from the town of Tuensang, such as Longtrok, Kiphire and Pungro.

Tuensang is Famous for

How to Reach Tuensang