You Must Not Miss These Popular Temples In Rajasthan 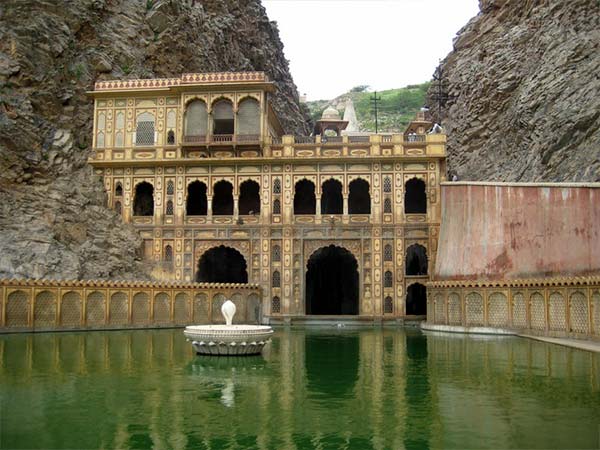 We all agree that Rajasthan is the land of royal palaces and forts. The history of India is certainly incomplete without adding the yesteryears of Rajasthan. Did you know Rajasthan is also home to several magnificent and elegant temples which are immensely popular amongst tourists as well as Hindu devotees?

How about visiting these popular temples in Rajasthan this season? Well, if you have not witnessed the beauty of Rajasthan through its remarkable temples, then it is advisable to be on a trip to these temples. 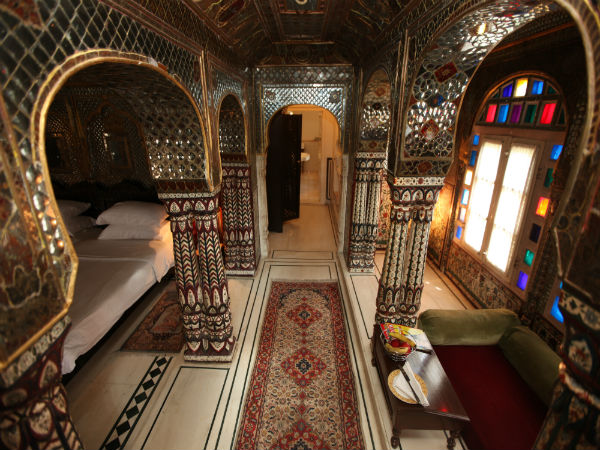 One of the oldest temples in Rajasthan is Ambika Mata Temple which dates back to the period of the 10th century. Situated at a distance of around 50 km from Udaipur in the village of Jagat, Ambika Mata Temple has Goddess Ambika, a form of Goddess Durga, as the presiding deity. Even though it is not extremely popular amongst Hindu devotees, it is still a destination for tourists who can be seen here attempting to understand its history and incredible architecture in the form of idols and sculptures.

Ambika Mata Temple is also known as the Khajuraho of Mewar due to the portrayal of several sculptures on the walls and roof of the temple. From intricate patterns to decorated ceiling, this temple has everything which can allure the tourists from all around the country. So, why not watch it closely? 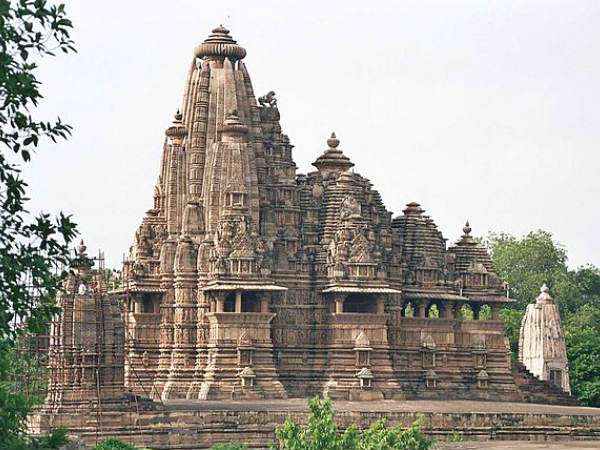 Learn More About The Temples Of Love At Khajuraho

Also known as the Temple of Rats, Karni Mata Temple is one of its kind in the world as rats are considered holy in this temple. One can find thousands of rats running here and there inside the temple and these holy rats are called Kabbas. The dwelling of rats inside the compound draws millions of tourists and devotees every year who come to witness the strange beauty of temples.

Karni Mata Temple dates back to the early 20th century and is dedicated to Karni Mata, the goddess of war. Built in Mughal style, this wonderful temple is a tourist spot throughout the year with Navaratri as the most prominent festival celebrated here and is located around 30 km from Bikaner.

Located in Jaipur at the base of Moti Dungari Hill, Birla Mandir is one of the most popular temples amongst Hindu devotees in Rajasthan. It is the perfect blend of modern architecture with ancient touch which can be seen through its beautifully carved marble patterns and stained glass windows. The major attractions in the temple are the images of Lakshmi and Narayan and other deities.

The beauty of this marble temple gets enhanced during the time of sunrise and sunset when the temple gets lit with the yellowish red colours spread across the sky. How about getting yourself in the devotional aura around Birla Mandir and savouring its majestic charm? 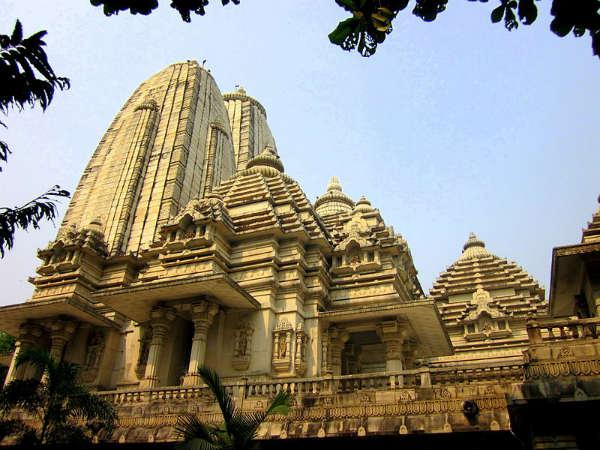 Galtaji Temple is an ancient pilgrimage site which has been standing strong for centuries in the town of Khania-Balaji in Rajasthan. Settled on the slopes of Aravalli Hills, it is a complex of Hindu temples with sacred water tanks which are believed to wash away the sins of every devotee coming here and taking a bath in these religious and pristine tanks. Galtaji Temple is located at a distance of 10 km from Jaipur and is definitely one of the most popular and most visited temples in Rajasthan.

The major thing which attracts tourists is its surreal location amidst the greenery of hills and the presence of several natural springs which run down the hill to fill the tanks at Galtaji. You can also visit its Monkey Temple which is home to numerous monkeys living in and around Galtaji. How about walking up the hill and taking a relaxing bath in its pristine waters? 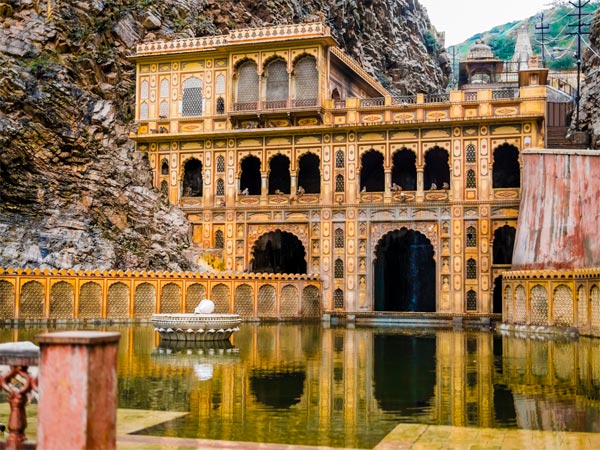 Brahma Temple at Pushkar is one of the very few temples in India which are dedicated to Lord Brahma, the creator of Universe. Located in the state of Rajasthan, this red spired temple is believed to be built during the 14th century by sage Vishwamitra. Even though it has been renovated several times, the beauty of this temple remains still intact.

It has also been declared as one of the most religious places in the world on account of its crowd in the form of devotees who come in thousands of numbers every week and perform several rituals. 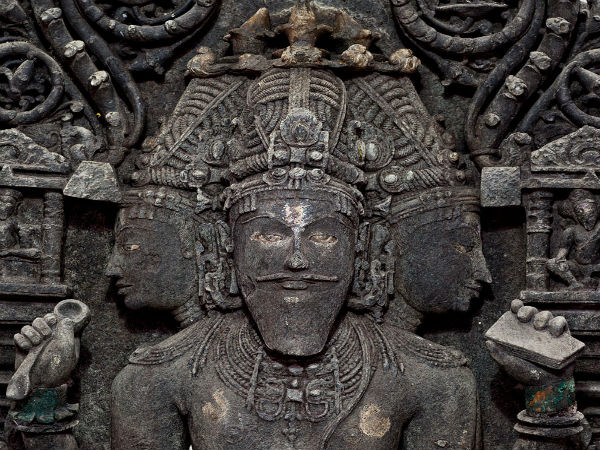 Other Brahma Temples In India

Comments
Read more about: india travel weekend vacation temples rajasthan jaipur pushkar
Other articles published on Mar 1, 2018
We use cookies to ensure that we give you the best experience on our website. This includes cookies from third party social media websites and ad networks. Such third party cookies may track your use on Nativeplanet sites for better rendering. Our partners use cookies to ensure we show you advertising that is relevant to you. If you continue without changing your settings, we'll assume that you are happy to receive all cookies on Nativeplanet website. However, you can change your cookie settings at any time. Learn more
Change Settings Continue