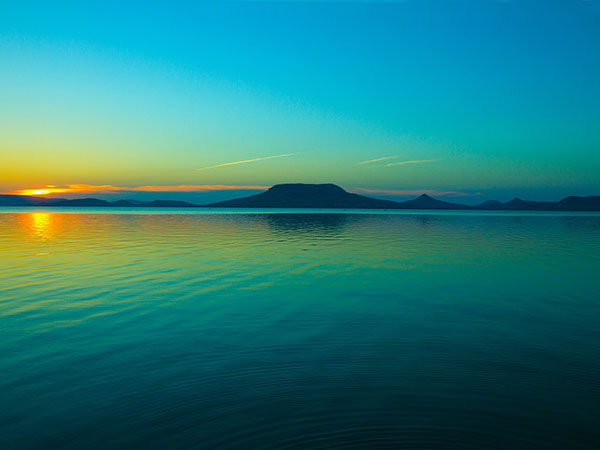 Imagine a place being called the 'Pensioner's Paradise!' This is so because all the officials and personnel choose to retire here in peace. A place which is known for its fabulous weather and addressed as the 'Queen of the Deccan', you just cannot ignore the 'Oxford Of The East'. Derived from the word 'Punya', which means, 'confluence of two rivers', 'Pune' is an amazing city perched at the connecting point of the Mula and Mutha rivers.

An interesting fact to note down about Pune could be that it flaunts the largest recorded 'rangoli' and is situated in close proximity to the Konya Dam and it is an earthquake-prone area! When it comes to breaking some world records, Khushi Parmar from Pune owns the one for open sea water scuba diving and Santosh Raut holds the record for draping 129 Maharashtrian Phetas (turbans) in just one hour!

Well, well, well! It shall definitely make you wonder about yet more places of the headquarters of the Maratha empire!

Get ready to be enchanted by the glittering cascade at Tapola during the monsoons. The gorgeous hills of Tapola imprinted with colourful flowers and spotted with various hues in the green colour palette are also breathtaking! Enter the wonderland of water sports at the Shivsagar Lake when you book a few days of fun at the Tapola Tent Resort.

Activities like swimming, kayaking or water scooter rides shall engage you in a roller-coaster of entertainment. Nevertheless, the sweet-smelling flowers at the Gerberra farms shall fascinate you while you scoop out some fresh strawberries from the farm. A trip to Thoseghar Waterfalls shall make you a fan of the divine white waters while the Vasota Jungle Trek could paint a picture of pure adventure for you!

The land of mulberries, gooseberries and strawberries, say hello to the popular hill station of 'Mahabaleshwar'. Imagine the proud moment when the stone arrangement in Mahabaleshwar is talked about in comparison to the 'Grand Canyon' in Colorado, USA! Oh yes, Arthur Point, in Mahabaleshwar, contains the largest group of rocks while you could hike, trek and climb towards Falkland Point, Carnac Point, Wilson Point, Connaught Peak and Castle Rock.

Ring the temple bells of 'Shri Shankar Mandir' or 'Panchaganga Mandir' for some holy vibes and to feel at peace from within. Next, we can head towards Main Street and indulge in some friendly banter to get hold of the choicest local shoes, jams and fruits.

This is our 'mini-Mahabaleshwar' which is a perfect beach destination stretching from Dabhol in the south to Kelshi in the northern end. A plethora of water sports like jet ski, bumper, banana rides and even parasailing in the sea behind the boat shall give you an adrenaline rush!

Reserve your early mornings for the famous dolphin watch rides which shall make you fall in love with the pristine waters. The close proximity to the sea makes Dapoli a hot oven during the summers but you can enjoy a nice stroll later as the evenings are nevertheless pleasant. Temples like Kadyavarcha Ganpati Temple deserve your attention too!

Be it 'Panhala', 'Panhalgad' or 'Pahalla', the name of the fort literally translates to 'home of the serpents'. The fort upholds an interesting history which shall leave you speechless. Hold your horses as your field of vision takes in three splendid double-walled gates and the Teen Darwaza in the west.

When the fort was captured by Shivaji in 1659 AD, he confined his own son Sambhaji in the double story building called 'Sajja Kothi'. Can you imagine his plight? The fort was in the custody of the Kolhapur state till India became independent. Panhala Fort is also known to be the birthplace of Moropanta, famous Marathi poet.

Spectacularly splendid and touched by the wondrous aura of mountains on one side and coastal plains on the other, the word 'Panchgani' stands for 'five hills'. This scenic hill station hints at soothings places of pure amazement where tourists trot to in fancy numbers.

Located in the lap of the Sahyadri hills in Maharashtra, Bhimashankar ranks sixth in the series of Dwadasha Jyotirlingas. Bhimashankar is the source of river 'Bhima' which is referred to as 'Chandrabhaga' in Padharpur. What makes this place special? You can see a recurring cascade from this Jyotirlinga while Lord Eshwara is represented as a figurine of both genders.

A blend of a man and woman in equal proportions can be seen. Let your travel bones tickle you while you bow down your head at the Kamalaja Devi temple, Hanuman temple, and Goddess Parvati Temple. Bombay Point and Kelkar Museum are quite captivating too!

Aren't sunsets always heartrendingly beautiful? The soft orange tinge of the sun colours the sparkling waters which resemble lava bubbling over. You can compare the stupendous beauty to that of an African Savannah when you head to Bhigwan to unwind on a lazy weekend. The serene landscapes and more than two hundred and thirty different species of birds make the backwaters of Bhigwan a mecca of several varieties of birds.

Bird enthusiasts shall have a gala time admiring the fluttering flocks of seagulls, storks, herons and numerous species of goose as they scamper around in the backwaters of Ujani Dam. Take out your binoculars and soak in the beauty of the place with minimal noise pollution which makes travellers frequent the place more often!

Three cheers for the 'Janjira Jal-Durg' or 'Janjira Fort' because it is one of the most stunning pieces of architecture in the state of Maharashtra. It is housed in a small town called Murud. Encircled by water bodies on all sides, it also goes by the name of 'Island Fort'. Now let us focus on what we would like to see here!

Numerous towers and turrets in the Janjira Fort are quite impressive. When you enter the fort, your eyeballs shall roll in bewilderment at the water tanks, lovely tombs and stone sculptures. The gate is adorned by a sculpture of six elephants which is awe-inspiring. It reflects the strength of the Siddis. What is most fascinating about it? The fact that 19 Burj occupy the interior of the classic Janjira Fort and Kalal Bangadi, Chavari and Landa Kasam are conventional guns located below each Burj.

Flowers. Flowers. Sweet-smelling flowers shall call out to you from the Satara district in Maharashtra where there is a plain-looking plateau by the name of Kaas. The hotspot of biodiversity is locally known as 'Kaas Patthar'. It is the royal abode of around 70% of the flowers of Maharashtra.

The richness in flora is due to its location within the Western Ghats. Factors like rainfall, temperature, soil topography, humidity and climate initiated the steady growth of flowering plants. It owes its name to the 'Kaas' tree which is a genus of subtropical and tropical evergreen trees.

Imagine a splendid and picturesque location at an altitude of 2200 ft above sea level! It is adorned with architectural wonders and historical beauties which attract visitors in large numbers. Encircled by lush green forests also adds to the charm.

Up for some paragliding? You can also train in the paragliding training schools here. You could even catch a glimpse of the Kondeshwar Temple, Bhairi and Bedsa caves as well as the Bhandar Dongar hill. This hill houses a temple dedicated to Saint Tukaram where devotional songs shall win your heart while chirping birds shall add to the melody.

So, is Pune on your list of 'travel destinations' yet?