Nativeplanet
»
Travel guide
»What's So Special About Kudalasangama In Karnataka?

What's So Special About Kudalasangama In Karnataka? 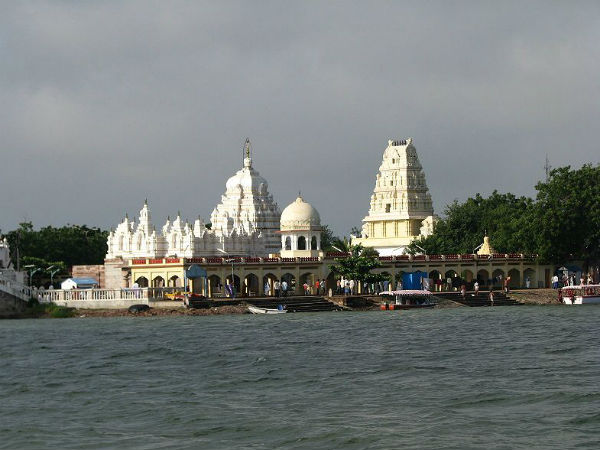 Karnataka is home to innumerable temples and pilgrimage sites and hence, it is also one of the few states in India which are immensely popular for their religious centres and historical sites. Bagalkot is one amongst the popular sites in Karnataka which boast of their historical as well as religious significance and hence, you can find several temples and monuments within their boundaries.

So, how about exploring a pilgrimage centre of Bagalkot this weekend? Famous amongst Hindu devotees, especially Shaivites, Kudalasangama is a popular pilgrimage centre in the state and houses numerous holy sites. Did you know about Kudalasangama in Karnataka? If not, then you must plan a tour of this beautiful centre where you can certainly relax your inner self and learn about the history of Bagalkot. Read on to know more about the speciality of Kudalasangama.

The region in and around experiences hot summers and hence, it is least visited by tourists during this period. However, for Hindu devotees, Kudalasangama remains a year-round destination. If you are looking forward to witnessing the best of this pilgrimage centre, then the best time to visit is from October until the end of February, as during this period the weather is pleasant, thereby, letting tourists roam around and explore places comfortably.

By Air: The nearest airport from Kudalasangama is located in Hubli at a distance of about 170 km. Once you have reached the airport, you can hire a direct cab or bus to Kudalasangama. It will take you an average time of 4 h to reach your destination from the airport.

By Rail: The best way to reach Kudalasangama by rail is to catch a train to Bagalkot Junction, which is located at a distance of about 50 km from the pilgrimage centre. You can easily get buses and cabs from the railway station to Kudalasangama.

By Road: Being a pilgrimage centre, Kudalasangama is well connected to other cities and towns by road and hence, it is easily accessible.

The History And Formation Of Kudalasangama

Located in the Bagalkot district at the conflux of Krishna and Malaprabha rivers, Kudalasangama is an important pilgrimage site amongst the Lingayat sect of Hindus, who are generally known as Shaivites, as it houses the samadhi of Basavanna, a spiritual and religious guru who founded the Lingayat sect in Hinduism. Hence, it is frequented by millions of his followers every year.

Kudalasangama is also home to an ancient temple and certain other religious sites. As per records, Sangamanatha Temple is said to have been built during the early 13th century under the reign of the Chalukyas. However, the exact year and date of its formation is still a debatable topic. The temple is dedicated to Lord Shiva but you can also find the idols of other Hindu gods and goddesses in its compound.

Why You Should Visit Kudalasangama

The major reason why one must plan a trip of Kudalasangama lies its pristine and tranquil aura, which helps in soothing one's mind, body and soul. Being located at the confluence of rivers, the region of Kudalasangama experiences a delightful and pleasant weather, which in turn, helps in maintaining a composed environment.

Apart from savouring its divinity, you can also visit the nearby forest, which houses several beautiful trees and clean tracks, and a museum, where you can learn about the history of Bagalkot and spot several artefacts related to the period of Basavanna. Doesn't it seem like a peaceful place? If yes, then backpack to Kudalasangama now. You can spot several sites for meditation here.

Comments
Read more about: india travel tourism temples karnataka pilgrimage lakes
Other articles published on Jul 3, 2018
We use cookies to ensure that we give you the best experience on our website. This includes cookies from third party social media websites and ad networks. Such third party cookies may track your use on Nativeplanet sites for better rendering. Our partners use cookies to ensure we show you advertising that is relevant to you. If you continue without changing your settings, we'll assume that you are happy to receive all cookies on Nativeplanet website. However, you can change your cookie settings at any time. Learn more
Change Settings Continue