Complete Guide To The Heritage Of Bagalkot In Karnataka 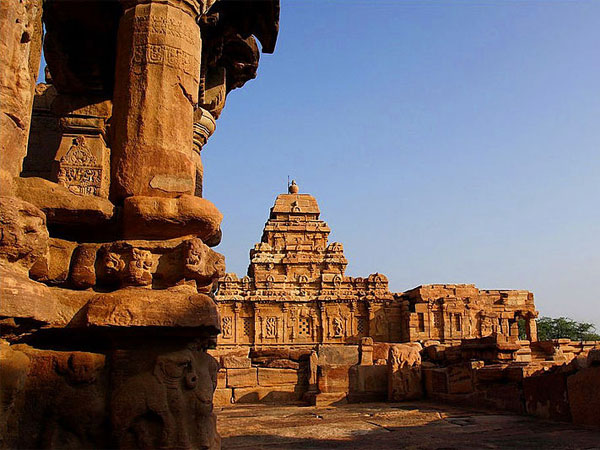 The district of Bagalkot plays a vital role in the history of Karnataka. The royal Chalukya dyansty ruled in most parts of modern Karnataka, Gujarat and Maharashtra; therefore, their presence can be witnessed in the form of the relics they've built.

More importantly, since Badami was the capital of the Chalukya dynasty, the whole of Bagalkot district is spread with magnificent and breathtaking temples and monuments, that are now renowned heritage sites. Read about the 5 important places in Bagalkot that must be visited for the architectural grandeur.

Formerly, Pattadakal was known as Pattada Kisuvolal which literally translates to 'City of Crown Rubies'. This beautiful city of Bagalkot is popular due to the regal buildings and monuments built by the Chalukya Dynasty in the 8th century.

Settled on the banks of river Malaprabha, Pattadakal houses 10 temples, all of which are dedicated to Lord Shiva, through which you can see the architectural brilliance of the Chalukyas.

Some of the important temples you mustn't miss out on include Virupaksha Temple, Sangameshwara Temple, Mallikarjuna Temple, etc.
PC: Mukul Mhaskey

Kudala Sangama is the point of confluence of the rivers Malaprabha and Krishna. It is a popular site of pilgrimage for Hindus since the town is dotted with temples dedicated to Lord Shiva. It is also the brithplace of Karnataka's famous Hindu philosopher and poet, Basavanna.

The main temple, being Sri Sangameshwara Temple, was built in the 12th century by the Chalukyas. This temple is dedicated to the famous poet Basavanna and is a sacred destination, especially for the Lingayats.
PC: Mankalmadhu

Badami gives a wholesome experience of both nature and history. The town of Badami is especially famous for the exquisite Cave Temples, built by the Chaulkyas. Since Badami was the capital of the Chalukyas, the town sees the best of their architecture.

The four cave temples are carved out of sandstones and dedicated to Hindu gods except for the 4th one, which is a Jain temple. Apart from the temples, one can visit the Badami Museum, Agasthya Teertha, Bhootnath Temple, etc.
PC: ashwin kumar

The magnificence of the group of temples found in Aihole has attracted the attention of many, due to which it is on the pending list of UNESCO World Heritage Sites. 20 temple complexes comprising over 125 temples can be found in this historic city, all built by none other than the Chalukyas.

These complexes consist of both Hindu and Jain temples, along with one Buddhist cave. You can visit places like Durga Temple, Lad Khan Temple, Meguti Jain Temple, etc. These temples date all the way back to the 5th century.
PC: Deepak Bhaskari

Mahakuta is a village in Bagalkot, that is home to a group of beautiful temples, mostly dedicated to Lord Shiva. These temples were built between 6th to 8th century AD and are located only a few kilometers from Badami.

Pillar inscriptions, that laud the achievements of Chalukyas military, porch inscriptions, etc. can be seen along with the temple complex. The architecture of these temples reflects a classic blend of Dravidian and Nagara styles, which is what the Chalukyan architecture is all about.
PC: Dineshkannambadi