Top Places To Visit In Karnataka This Summer 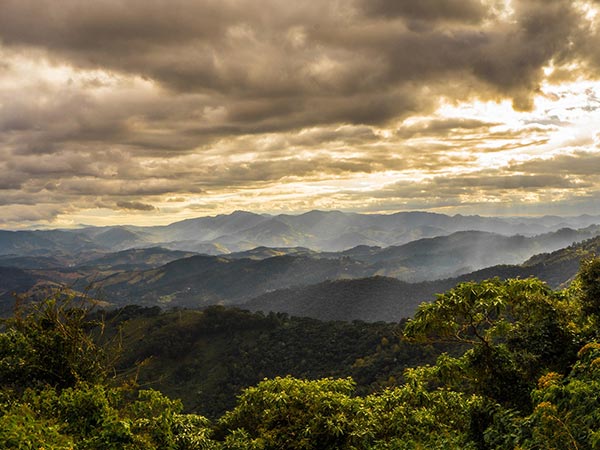 Summer is the best time in a year for every individual who loves travelling. During this period we all look forward to escaping the scorching heat of the sun and the uncomfortable environment to some hill stations or coastal regions where we can take a fresh breath of air amidst the pleasant surroundings of a cool breeze blowing throughout the day.

India is one of the few countries in the world which never runs short of hill stations and natural wonders in the form of waterfalls, hills, valleys and beaches. So, if you are planning a trip to some blissful surroundings in Karnataka this summer, then you have reached the right article. Below are the major places where you can certainly find yourself relaxing throughout the day in their pristine and vibrant atmosphere. Read on to know more about these places to visit in Karnataka this summer.

One of the newly discovered natural marvels in Karnataka is none other than the temple town of Gokarna. Even though this coastal town has always been famous amongst Hindu devotees and unconventional travellers, it is now gaining immense popularity amongst common travellers and tourists too. Gokarna is a small town located in the Uttara Kannada district in Karnataka and boasts of the presence of numerous temples and religious sites and unarguably, virgin beaches and unpolluted environment.

If you are looking to spend some time away from the crowded life of cities, then Gokarna would be a perfect destination for you. Major tourists' attractions here include the Om Beach, Kudle Beach, Mahabaleshwar Temples, etc.

Also Read: Guide To A Vacation At Gokarna

Flourishing at an approximate distance of 100 km from Bengaluru, Bheemeshwari is an ideal stoppage for nature lovers and adventure seekers. The lush green region in and around Bheemeshwari provides its visitors with ample water and forest activities such as boating, fishing and trekking. How about taking a break amidst the thick vegetation at Bheemeshwari?

Being one of the least-explored places, it is still miles away from commercialisation and crowds. Pack your bags and be on the route to Bheemeshwari before it gets crowded with thousands of tourists.

Top 5 Forests In India To Visit For Every Nature Lover

Coorg is the most precious diamond of Karnataka. Whenever we think of hill stations and cold places in Karnataka, Coorg is the first and foremost name to pass through one's mind. It is also known as the Scotland of India on account of its exotic beauty spread across hundreds of kilometres in the form of luxuriant plains, lush green hills, pristine clouds and sparkling lakes.

Nestled wonderfully in the Western Ghats, Coorg is also popular amongst tourists for its coffee estates and indigenous tribes. You must not miss visiting this idyllic destination which has become a summer retreat for every traveller and tourist over a period of time.

In Detail: Top 5 Places To Visit In Coorg

Tadiandamol is another beautiful place to visit in Karnataka this May. Being the highest mountain in the Kodagu district of Karnataka with an elevation of about 1748 m, Tadiandamol offers its tourists with several trekking trails and scenic beauties.

Covered with shola forests, Tadiandamol is definitely a place to be at during the summer season to experience the best of natural atmosphere filled with fresh air. Apart from relishing moments amid its harmonious surroundings, you can also visit Nalaknad Palace which is located in the foothills and is a significant building from the 18th century.

Last but not the least, Agumbe is certainly a place to spend your summers at. Famous amongst travellers for its unseen beauty and relaxing aura, Agumbe is also known as the Cherrapunji of the South due to heavy rainfall occurring on a regular basis in and around the region. Located in the Shimoga district, Agumbe is rich in biodiversity due to the presence of evergreen rainforests which in turn moulds nature in the best possible way.

From Bengaluru To Agumbe

Being nestled in the Western Ghats, it is home to numerous waterfalls and trekking routes and hence attracts trekkers and photographers in thousands of numbers every month. How about spending your summer at Agumbe?

Topmost Places To Explore In Western Ghats This Season