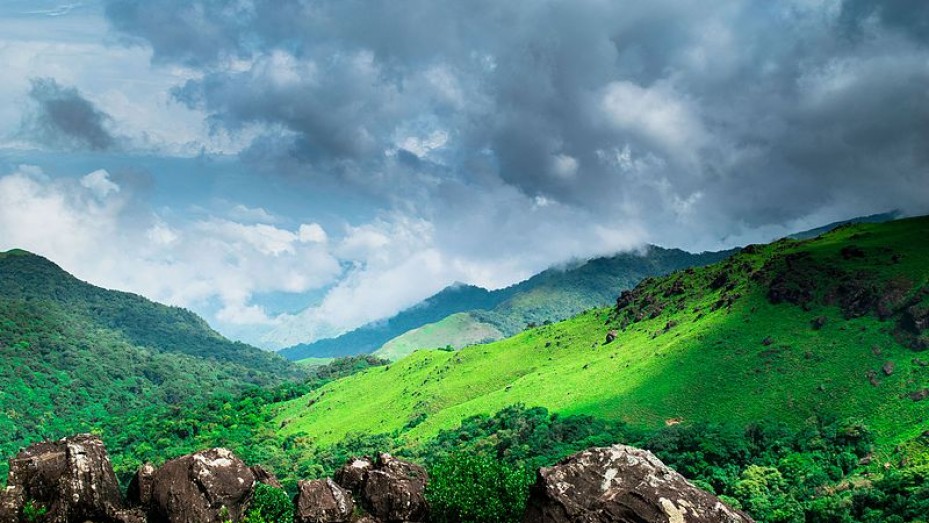 Tadiandamol is the second highest peak in Karnataka. Located in the Western Ghats, it is close to the town of Kakkabe in Coorg district. It lies right on the Kerala-Karnataka border and stands tall at 1748 m above sea level. The peak poses a serious challenge to trekkers and climbers.

Tourist Places In And Around Tadiandamol

Tadiandamol is derived from Malayalam and loosely translates as the biggest mountain. For those who are not keen on the rather tough trek, a four-wheeler can be used to traverse more than half the distance. However, the last stretch is rather difficult, though the stunning view from the top of the peak is worth the effort.

The Nalakand palace at the base of the hill is of historical importance. It was built by Dodda Veerarajendra in 1792 to provide his army with safe shelter. A few kilometres before reaching the peak, trekkers can take a halt at the ancient Padi Igguthappa temple.

The temple is regarded as one of the holiest shrines of the locals. The Shola forests on the slopes of the peak are pristine and untouched.

How To Reach Tadiandamol

Tadiandamol Summer is the ideal time to visit Tadiandamol.

Tadiandamol is Famous for

How to Reach Tadiandamol