Sabarmati Ashram: An Abode Of Peace, Tranquility And Inspiration 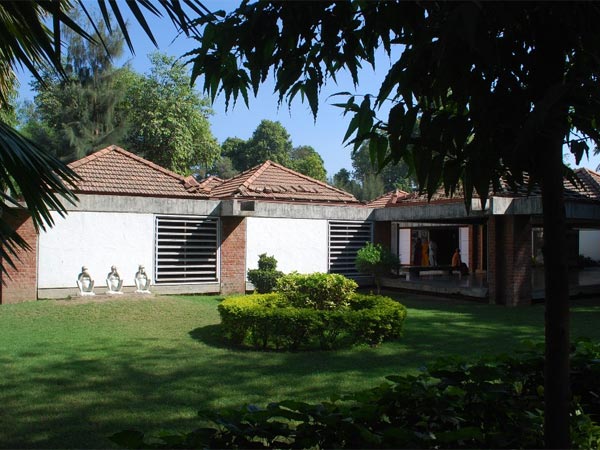 The beautiful country India has had its share of dark days. The nation's struggle for freedom made it to the pages of world history. And then there were some great personalities who played crucial roles in the nation's freedom story, and whose heart-wrenching struggles and sacrifices finally gave the independence to the country. The nation will forever be grateful to them and their names are forever engraved in golden letters in the pages of history.

One such name is Mohandas Karamchand Gandhi or Mahatma Gandhi, as he is more popularly referred to as. Gujarat, the seventh-largest metropolis, is the homeland of this simple man who rose to become the 'Father of the Nation'. The Sabarmati Ashram, located on the banks of the Sabarmati River in Ahmedabad is where Gandhiji lived along with his wife Kasturba Gandhi.

On 17 June 2017, the Ashram had a centenary celebration. Let's take a virtual tour of this inspiring place which was a home to this legend, who is an epitome of truth and nonvoilence.

The Story Behind The Name

The Sabarmati Ashram, popularly known as Gandhi Ashram, also goes by other names such as Satyagrah Ashram and Harijan Ashram, each name holding a significance. The ashram is known as Satyagrah Ashram as it was this place from where Gandhiji led the famous Dandi March or Salt Satyagrah on 12 March 1930, against the crushing salt tax imposed by the British.

As Gandhiji was also concentrating on the socio-economic issues of the society, the ashram also became a centre for Dalit welfare activities and cottage industries. The Dalits were traditionally considered as untouchable, but Gandhiji referred to them as Harijan, meaning a person of Hari (Lord Vishnu). The Ashram is, therefore, also known as Harijan Ashram.

It is also believed that Gandhiji chose the ashram as headquarters during the struggle for freedom, as it lay between a crematorium and a jail, and said that a satyagrahi or a nonviolent freedom fighter, was bound to end up in either of these.

Inside The Sabarmati Ashram

"This is the right place for our activities to carry on the search for truth and develop fearlessness, for on one side are the iron bolts of the foreigners, and on the other are thunderbolts of Mother Nature", were Gandhiji's words while he was assessing the place for setting up the ashram.

One can take a walk around or a guided tour can be arranged by the ashram to explore the premises, and take a peek into the simple yet inspiring life of Mahatma Gandhi.

During his stay in Sabarmati, Gandhiji lived in a simple, small cottage, which is now called ‘Hridaykunj'. Visitors can find things and objects here that were used by Gandhiji, such as a writing desk and some of his letters, a khadi kurta and a yarn spun by him, etc.

This is an important building which is a museum that was inaugurated by Jawaharlal Nehru in 1963. The place holds Gandhiji's belongings that exhibit the vivid and historic events of his life. There's a library, two photo galleries, an auditorium and displays halls. On display for the visitors here are Gandhiji's books, relics like spinning wheel, his photographs with his wife and other associates.

The photo galleries have collections of life-size, colour oil paintings on Gandhiji's life called "My life is my message" and "Gandhiji in Ahmedabad". In the library, one can find a collection of over 30000 books, Gandhiji's letters, manuscripts, coins, postal stamps, etc.

On the right-hand side of the Hridaykunj, is Nandini - which is an old guest house of the ashram where visitors are accommodated. Some of the visitors and national leaders who have stayed here are Rabindranath Tagore, Jawaharlal Nehru, Henry Polak, Maulana Abdul Kalam Azad.

Another famous name associated with the chapters of India's freedom struggle - Acharya Vinoba Bhave, whom Gandhiji considered as a model satyagrahi, stayed in this cottage between 1918 - 1921. Later, from 1925 to 1933, a British Admiral's daughter named Madeleine Slade, who was devoted to Gandhiji ideology, stayed here in order to help with the Ashram's activities. Gandhiji called her ‘Mira' and hence, the cottage is also called Mira Kutir.

Prayer was an important aspect of Gandhiji's life. Every morning and evening congregational, all-religious prayers were held at the ashram, in this building. The site, which is an open-air ground, is also referred to as Prarthana Bhoomi, meaning a ‘place of prayer'. It was also this site where Gandhiji gave his discourses on the Bhagavad Gita.

Visiting Hours For the Sabarmati Ashram

The Sabarmati Ashram is open on all days around the year, including public holidays, between 8.30 am to 6.30 pm. Admission into the ashram is free of charge for everyone. Free guided tours are also available for those who are interested in learning all about the place.

How To Reach Gandhi Ashram