Gandhi Jayanti : A Journey Through Gujarat 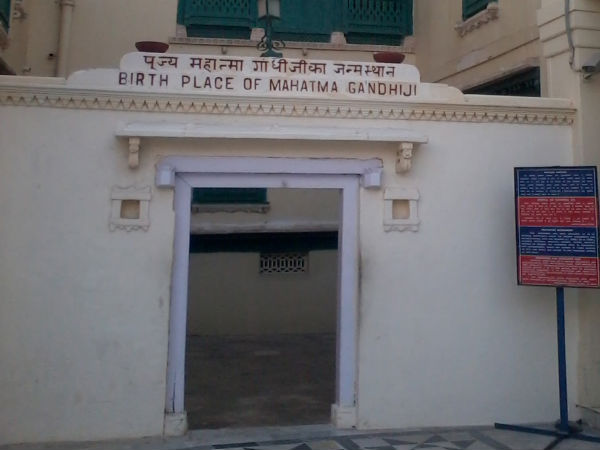 October 2nd marks the birth anniversary of Mahatma Gandhi 'Father of the Nation'. India celebrates Gandhi Jayanti with all the festivities every year.

Gandhiji along with other freedom fighters, got us the Independence in 1947. On the eve of Gandhi Jayanti, we remember him and his contributions to our country.

Gujarat, the native of Mahatma Gandhi, has many historic places where he led the Indian Freedom Struggle. These places are included in Gandhi tourism in Gujarat.

There are many places to visit in Gujarat which relate to the life of Gandhi.

Let us take a look at these historic places relating to the life of Gandhi and events of Freedom Struggle.

Gandhi was born on October 2nd in this ancestral house called Kirti Mandir in Porbandar. His birthplace (house) is just adjacent to Kirti Mandir.

After Gandhi's release from Aga Khan Palace (jail) in 1944, Kirti Mandir was decided to be a renovated as memorial temple of Gandhi.

Kirti Mandir is one of the main places in Gujarat tourism.

Today, renamed as Mohandas Gandhi High School, is where Gandhi studied and graduated in 1887 at the age of 18. Situated in Rajkot, it is one of the oldest institutions in India.

During Gandhiji's time it was called as Rajkot High School , but the building which exists today was built during British rule. They renamed it as Alfred High School in 1907.

Soon after graduation, Gandhi left to England to study Law.

Everyone knows about Sabarmati Ashram, but before that Gandhi began his ashram in Ahmedabad.

Kochrab Ashram was gifted by his friend Barrister Jivanlal Desai and the ashram started in 1915 .

It was used as a base for studying Gandhian ideas like Satyagraha, social works like uplifting of untouchables, poor and to promote education.

Kochrab Ashram was infected by plague and Gandhi relocated it to Sabarmati Ashram. This is a must visit place under Gandhi tourism in Gujarat.

Sabarmati Ashram on the banks of river Sabarmati in Ahmedabad is popular tourist place in Gujarat.

Sabarmati Ashram is where Mahatma Gandhi and his wife Kasturaba Gandhi lived for 12 years.

This historic place is where Gandhiji led his Salt Satyagraha (Dandi March) and it is considered as a national monument.

Gandhi Smarak Sangrahalaya is a museum located inside Sabarmati Ashram. This museum preserves many letters written by Gandhi, rare pictures and books.

This museum complex was inaugurated by the Prime Minister Jawaharlal Nehru in 1963.

Bardoli Satyagraha was led by Sardar Vallabhai Patel in 1928, it was a major revolt during the India Freedom struggle.

Gandhi supported the Bardoli Satyagragha and soon in 1930, he started the famous Salt Satyagraha.

Bardoli near Surat has Swaraj Ashram museum and Barton library relating to many events of Gandhi's life.

Thus, making it a place of Gandhi tourism in Gujarat.

Dandi is a small village in Gujarat which has witnessed the great event Salt Satyagraha led by Gandhi in 1930.

Dandi March as it is called made as great impact on the Indian struggle. The path from Sabarmati to Dandi where the march took place is a historic place.