All About The Tiny Beachside Hamlet Of Redi In Maharashtra 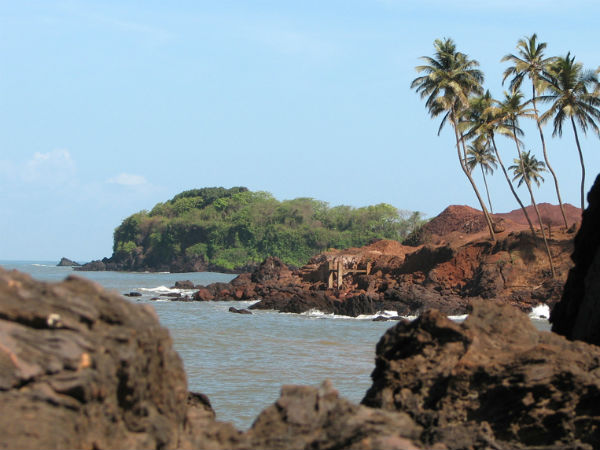 How about a trip to an unknown and unexplored world this season? If you are in, then let us tell you that Maharashtra is one of the few states in India where you can find numerous beachside hamlets which are home to more than just beaches. Yes, these are places where you can relish a lot of attractions. If you are looking for such an amazing destination, then plan a tour of Redi this season. It is a small hamlet in the close proximity of Goa and makes for an idyllic weekend destination on account of its pristine and clear beaches. Find out more about this hidden village and how to reach it.

With a tropical monsoon climate, the region in and around Redi experiences a hot and humid weather most of the time in a year. Hence, it is advisable to avoid visiting it during the summer season when the atmosphere is extremely humid and hot. The appropriate time when the beauty of Redi is at its summit and when it maintains a cool and pleasant environment is from November until the end of February.

The History And Surroundings Of Redi

Also called Rewati, Redi is located on the shore of the Arabian Sea in the Sindhudurg district of Maharashtra and is a village of religious as well as historical importance. As it has a history dating back to the 16th century when it was established by the Marathas, it has been a weekend stoppage for several history lovers.

It was also ruled by the Portuguese army in the 18th century. Today, Redi is immensely popular for its Ganapati Temple which is visited by Hindu devotees from all over the district. The idol of Lord Ganesha placed inside the temple is said to have been built by the Pandavas, the significant characters from the epic Mahabharata, when they were ruling the region thousands of years ago.

Therefore, it wouldn't be wrong to say that Redi has a history of thousands of years. As it is a coastal village and is only popular amongst locals, it is home to beautiful and unpolluted beaches. So, what do you think about a visit to this hidden hamlet?

Why You Should Visit Redi

Redi is a destination for those travellers who love exploring the untold and untouched trails. It is also a stoppage for those who are looking forward to making their weekends peaceful and relaxing. It is one place where you can enjoy the unpolluted beauty of beaches and savour the grandeur of temples. Apart from Ganapati Temple and beaches, the major spots to explore while in Redi include Redi Fort, also known as Yashwantgad Fort, Redi Lake, Swayambhu Shiva Temple and Terekhol Fort.

How To Reach Redi

By Air: The nearest airport to Redi is located in Goa at a distance of about 70 km. Once you have reached Goa, you can either hire a direct cab or use public transport to reach Redi.

By Rail: The best way to reach Redi by rail is by taking a direct train to Margao railway station in Goa and then from there, a bus or a cab to Redi. The distance between the railway station and Redi is 80 km.

By Road: Being an important religious site in Sindhudurg, Redi is provided with a good road connectivity so that devotees can access it easily.